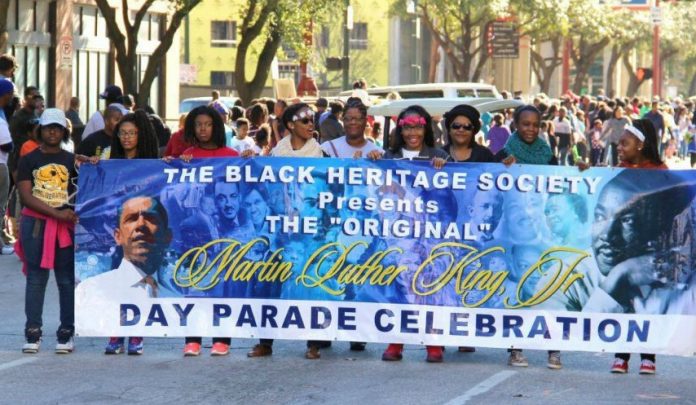 As the country pauses to remember Dr. Martin Luther King Jr., the City of Houston will begin a new tradition to honor his life and legacy.

Mayor Sylvester Turner announced that this year, the city will partner with the Black Heritage Society to promote the 41st annual Original MLK Day Parade. Turner said the parade will be a tribute to Houston’s strength and diversity and unite people of different faiths and cultures from across the community.

“From the start of my administration, I have been honest about my desire for our city to have only one MLK Day parade,” Turner said. “As the nation’s fourth largest city, Houston should be known for celebrating the best and biggest MLK Day parade.

“Dr. King once said, ‘The time is always right to do the right thing.’ So, in the spirit of Dr. King’s work to unite everyone, I met with representatives of the Black Heritage Society and the MLK Parade Foundation and expressed my hope to combine the groups into one grand, meaningful parade.

“I am proud to say that the Black Heritage Society and its founder, Ovide Duncantell, agreed with me and we decided to move forward in the best interest of all Houstonians,” Turner said. “In case you did not already know, the Black Heritage Society organized the very first MLK Day parade in the country and maintains an official IPM license from the King Center in Atlanta.”

Turner noted that in 1978, Dr. King’s father even traveled to Houston to give his blessing to Duncantell’s efforts to preserve his son’s work.

Duncantell, a well-known local civil rights activist, died last October at age 82. In addition to originating the parade, he was a driving force behind the renaming of South Park Blvd. to MLK Blvd. He also promoted the MLK Memorial Statue and Plaza.

“During the parade, we will remember his lifelong contributions,” Turner said. “There will be a float dedicated in his memory and representatives from various organizations will ride on it.

“…As your mayor, I ask you to stand with me and let’s make the 2019 parade the best parade in the country and the beginning of a new tradition,” he said. “Considering the cynicism and divisiveness across the country, we should show the nation that our city is a place of peace, unity and cooperation.”