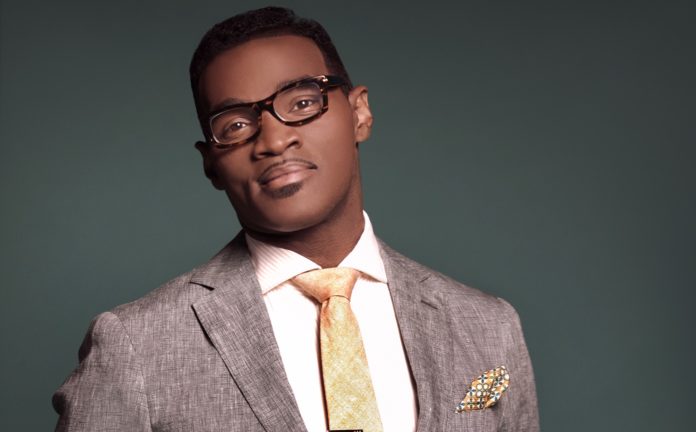 In recognition of multi-octave vocalist Earnest Pugh’s notable successes and inspiring career in gospel music, the city of Houston and the Honorable Mayor Sylvester Turner, will commemorate Pugh’s eleventh Billboard Top 20 radio single, “I Need You to Breathe,” with a special ceremony. No other Houstonian recording artist has earned as many Billboard Gospel Airplay chart hits since the tabulation was launched in 2005. The big event takes place this Monday, May 15, 2017 at 6:00 p.m. in the Legacy Room at Houston’s City Hall.

During the event, Pugh will exclusively debut the new music video for “I Need You To Breathe” that hails from Pugh’s highly-anticipated album, “Fully Persuaded” (EPM Music Group/ eOne), which releases globally on June 2nd. Grammy® Award nominated vocalist, Kim Burrell, and the local KRIV Fox 26 news anchor, Jonathan Martin, will host the star-studded event. Some of Houston’s greatest musical artists such as Kathy Taylor, Terrence Hartford, Nikki Ross, David Michael Wyatt and Carl Thomas will be in attendance and share remarks.

During the proceedings, Pugh will share the spotlight with his incomparable and talented musical team that consists of Lucius Hoskins (Producer/Writer), Keith Williams (Creative Director/Producer), Ken Hoskins (Writer) and Alfred Singleton III (Writer). Pugh will also speak out on his 501C3 nonprofit organization, Veterans Emergency Relief (VER), which addresses the privation issues of female combat veterans. For Pugh, a veteran himself, the cause is close to his heart and purpose. “I moved to Houston nearly four years ago to serve as an Artist In Residence & Worship Pastor for two growing churches,” Pugh says. “When I completed those assignments, I felt God revealed his true purpose for me in Houston by encouraging me to launch VER in 2016. I know the importance of sharing love, bringing encouragement, and contributing vital resources to impact communities while offstage.”

Pugh has experienced incredible success in the music industry as an award-winning artist, producer and label owner of EPM Music Group and P-Man Music, but this recognition holds special meaning for Pugh. “I am so humbled by this gesture from Mayor Turner,” he says. “He has been a consistent supporter since I first relocated to Houston. While I always knew that he believed in my gift and ministry, this gesture and recognition truly blew me away!  It’s an honor to live in a city with a mayor who has such a clear love and passion for inspirational and spiritual matters, and despite his many priorities, would take time to recognize and encourage my achievements in the music industry.”

Earnest Pugh’s Billboard Celebration takes place Monday, May 15th at 6:00 p.m. at Houston’s City Hall in the Legacy Room, 901 Bagby Street, Houston, TX 77002. The festivities kick-off with a red carpet reception followed by the main program. Admission is free and the attire is business casual.