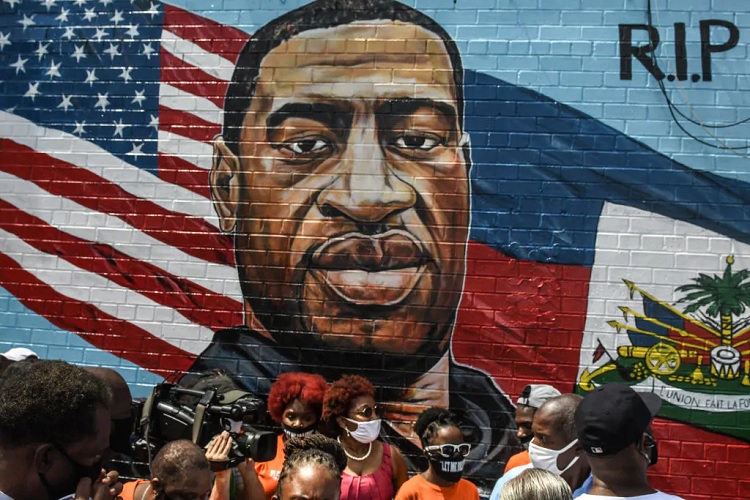 The family of George Floyd is keeping his legacy alive through the power of education. The George Floyd Memorial Foundation—a national nonprofit spearheaded by his sister Bridgett Floyd—has teamed up with Texas A&M University-Commerce for the creation of an internship program for Black men.

The initiative, dubbed Be His Legacy, is a collaborative effort between the organization and the institution’s African American Male Mentorship Program. It was designed to empower students to evoke change and garner professional experience tackling societal issues like social injustice, police brutality and the denial of civil rights. The two-semester program was launched to inspire more Black men to get involved in the civic engagement space.

Floyd’s sister Bridgett says the initiative will further the George Floyd Memorial Foundation’s mission of eradicating systemic racism and promoting social justice. “We are honored to launch the ‘Be His Legacy’ internship in conjunction with Texas A&M University at Commerce,” Bridgett, who serves as president of the foundation, said in a statement. “As we focus on communities, equity, education and police reform, we are excited to have students interested in these areas help us move the work forward in honor of my brother, George Floyd.” Jayson Douglas, who serves as the Associate Director of Texas A&M University-Commerce’s Office of Intercultural Engagement & Leadership, says the internship program will give students the opportunity to explore the different facets of civic engagement including voter engagement, fundraising and marketing. The Be His Legacy internship program is slated to kick off January 2021.

The internship program is not the only education-focused initiative that has been launched in Floyd’s honor. In June, the Alpha Kappa Alpha Sorority announced it will create scholarships for Floyd’s 6-year-old daughter Gianna and his granddaughters to attend a historically Black college or university.