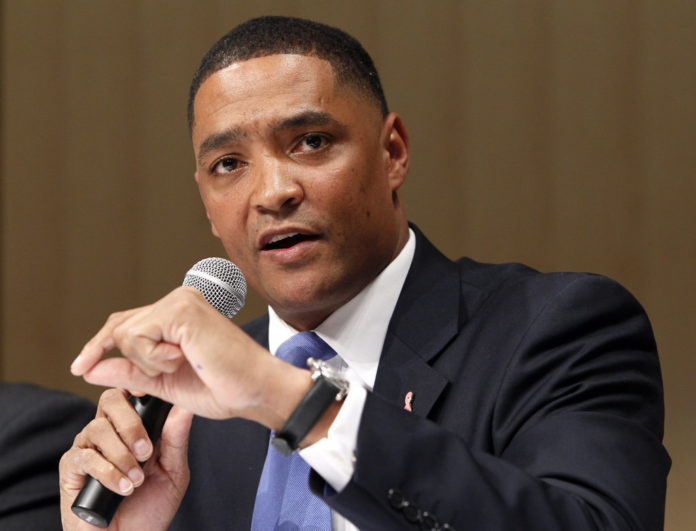 Cedric L. Richmond, Democratic Representative from New Orleans and chair of the Congressional Black Caucus, wrote a three-page letter Wednesday to Donald Trump declining his invitation to meet with the CBC and outlining the many reasons why the group as a whole is saying no.

In a letter dated June 21 (pdf), Richmond opened by acknowledging the president’s recent request to meet with the CBC.

“In written communication dating back to January 2017, we have shared the priorities of the Caucus as they relate to the Black community. We are serious about the work of advancing the interests of our people and the goals of the CBC. As a result, we took advantage of every opportunity to educate you on the needs of the Black community and provide you with the information and solutions necessary to act on them in good faith. Through an objective assessment, we have seen no evidence that your Administration acted on our calls for action, and we have in fact witnessed steps that will affirmatively hurt Black communities. While we agreed to explore possible future discussions when we first met, it has become abundantly clear that a conversation with the entire CBC would not be entirely productive, given the actions taken by your Administration since our first meeting. While you can solicit the engagement of individual members of our caucus, the CBC as a caucus declines your invitation to meet at this time.”

Richmond notes that in March, the CBC presented Trump with a 130-page policy document in order to educate him and his administration on the difficult history of Black people in the United States, the history of the CBC, and solutions that could help advance Black families in the 21st century. The Trump administration has both failed to respond to the policies the CBC outlined and neglected to follow through on their pledge to to facilitate meetings with relevant Cabinet officials.

In other words, Trump and his administration have only paid lip service to addressing the needs of Black people in the U.S. and never intended to follow through on any of the empty promises that have been made thus far.

In fact, as Richmond outlines, they have acted in the opposite with the policy initiatives they have enacted, proposing budget cuts to programs that serve low- and moderate-income people including a $4 billion cut to Pell Grants, which help low-income students pay for college, and the complete elimination of the Low Income Home Energy Assistance Program (LIHEAP), “which helps seniors and other helpless populations heat their homes in the winter and cool them in the summer.”

“Moreover, your administration has taken actions that cause legitimate alarm among members of this caucus and the millions of Americans we represent. In a two-page document, your Attorney General issued guidance to federal prosecutors to accelerate the failed war on drugs that will continue to wreck the Black community and exacerbate our nation’s scourge of mass incarceration. Attorney General Sessions has also explicitly stated his unwillingness to utilize consent decrees to protect the civil rights of Americans and has called for an agency-wide review of these agreements. These shortsighted decisions represent willful ignorance by relying on ideology instead of data and compassion. Every dollar we spend on incarceration renders our communities less safe.”

In other words, we see your boy implementing and creating policies that specifically and disproportionately target the Black community at-large, and this is not a game, Mr. President.

Additionally, Betsy DeVos has caused a number of historically Black colleges and universities to lose critical funding through TRIO programs, she has refused to protect children from being discriminated against, and she terminated an Obama administration program focused on improving school diversity and student achievement in the lowest-performing schools across the country.

Of course, these atrocities pale in comparison to the decimation of our nation’s healthcare system. Richmond notes that Black people make up 13.3 percent of the U.S. population, but 19 percent of Medicaid enrollees, and would therefore be dealt a painful blow by this “mean-spirited” legislation.

Richmond goes on to outline eight times the CBC has sent written letters to Trump himself and members of his administration, letters that have thus far gone unanswered, because clearly neither the president nor anyone who works for him truly cares about Black people.

Richmond concludes, “Given the lack of response to any of the main concerns we have raised with you and your Administration, we decline your invitation for all 49 members of the Congressional Black Caucus to meet with you. The CBC, and the millions of people we represent, have a lot to lose under your Administration. I fail to see how a social gathering would benefit the policies we advocate for. The CBC will always be willing to engage in discussion and debate about policies and programs that will make America a more perfect union for all.”

In other words, fuck your photo opps and bullshit promises.

Cedric Richmond had the words and the tact to say what we are all thinking in a much nicer way than the president deserves, but he was also direct, pointed, full of facts and called Trump out for being full of shit.

We, the Blacks, are tired of the empty promises of the American dream and the “more perfect union.” We need results that benefit us as much as they benefit those who hold privilege over us.