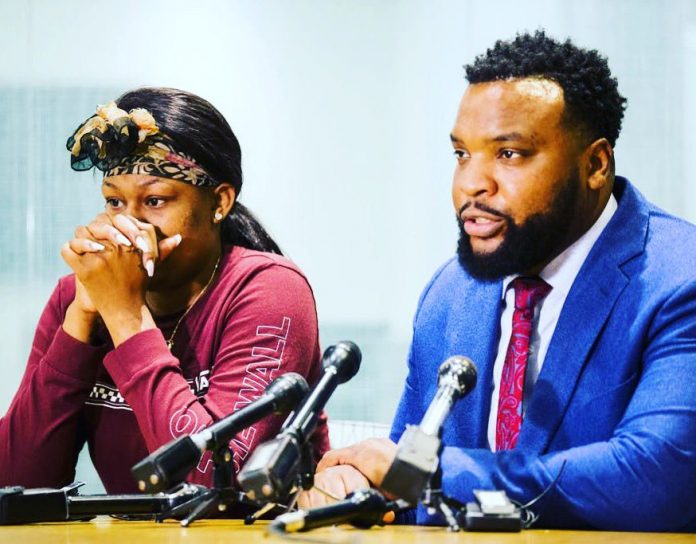 Dallas police charged L’Daijohnique Lee with criminal mischief in her confrontation with bartender Austin Shuffield on March 21. She was accused of damaging Shuffield’s pickup truck after he violently attacked her in the Dallas neighborhood of Deep Ellum.

“The DA did what was right, what they were supposed to do in this situation. But it’s an embarrassment that these charges were brought forward,” said Merritt who is representing Lee, adding that he was “ashamed of the Dallas Police Department.”

Creuzot said that he had no idea the city’s police department planned to file charges against Lee.

In the encounter between Shuffield and Lee, Shuffield appears in the viral video to hold a gun in one hand as he slaps away Lee’s cellphone. She was reportedly attempting to call 911. Lee responded to Shuffield’s aggression by shoving him away, but he retaliated by punching her multiple times. He also reportedly called her a “stupid nigger” during the assault.

Shuffield was released on $2,000 bond the same day he was locked up for attacking the 24-year-old woman. He was initially charged with misdemeanor assault. After angry public protests about the slap on the wrist, the police upgraded the charges to aggravated assault with a deadly weapon, a second-degree felony, and unlawfully carrying a weapon.

There was even more outrage when the police charged Lee for damaging Shuffield’s vehicle.

Dallas police added salt to the wound Tuesday afternoon at a news conference where Deputy Chief Thomas Castrodiscussed the controversial charges against Lee.

“It’s not the intention of the Dallas Police Department to pick one side or the other. We value all of our citizens,” he said.