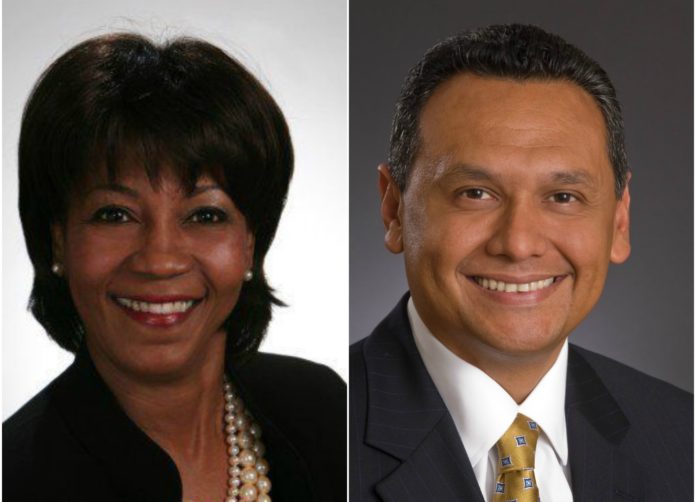 While Democrats may have lost on the national level, local races benefitted from the high Democratic turnout.

In a first for Harris County, a Black woman will become Tax Assessor-Collector after Ann Harris Bennett beat out Republican incumbent Mike Sullivan in his bid for reelection.

Bennett, a former court coordinator for many years, had called Sullivan a representative of the establishment and said she wanted to increase office efficiency.

Four years ago, Bennett lost to Sullivan by fewer than 2,400 votes. Bennett, who will oversee property tax collections, voter rolls and vehicle registration, vowed to advocate for online voter registration. Sullivan last year helped block a bill that would have allowed online registration, arguing that the practice would only worsen existing challenges with the registration system.

In another hotly contested race, former Houston homicide investigator-turned-city councilman Ed Gonzalez edged out a victory in the race for Harris County sheriff in the race against incumbent Ron Hickman.

The 47-year-old former police officer now faces the challenge of bringing leadership to a department that has seen three different bosses in less than two years, uniting a wary pool of employees and bringing operations at the jail back under control while convincing county commissioners to devote more resources to the department.

Although the campaigns sparred over policy – especially diversion programs for low-level drug offenses – the closing months focused on Anderson, who came under fire for missteps by prosecutors in her office.

Of several big changes expected when Ogg takes office Jan. 1, the most significant is likely to be the end of jailing suspects in low-level, nonviolent drug cases. Ogg plans to implement what is essentially a “cite and release” program that would see police officers ticket offenders caught with small amounts of marijuana.

She also has campaigned on increasing transparency in police shootings and wants to ramp up prosecutions of burglars and white-collar criminals, in a bid to combat cartels and human trafficking.

Voters also declined to authorize the Houston Independent School District to send local property taxes to the State of Texas, HISD leaders will continue working with lawmakers and the business community on a long-term solution for the Texas school finance system.

Under Texas law, school districts with property values above a certain amount per student cannot keep all of their local tax dollars. Because of rising property values, HISD owes the State $162 million of its local revenues this school year.

HISD conducted a state-mandated election asking voters how the payment would be made to the State.  Because voters rejected sending the $162 million payment, state law allows the Texas Education Commissioner to collect the money by detaching an estimated $18 billion worth of non-residential, commercial properties from HISD’s tax roll and reassigning those properties to other school districts for tax purposes.