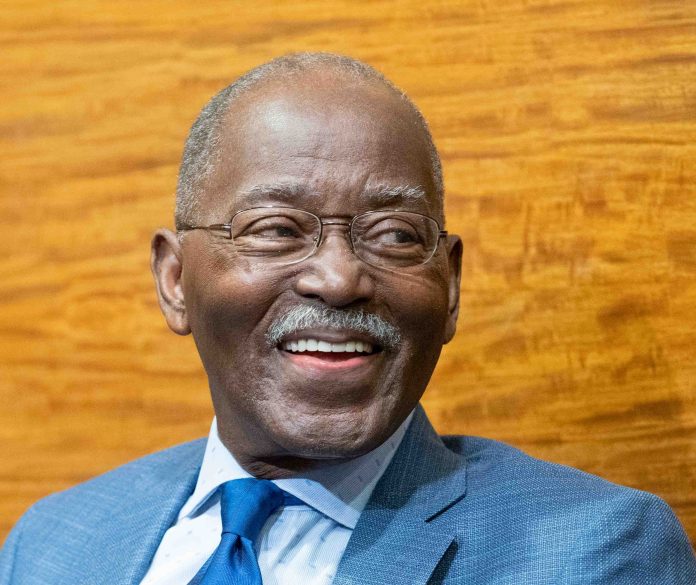 Houstonian Dr. Earl Allen describes himself as a “spirit-filled servant of God whose sole desire is to live a God-pleasing life as he serves God and His people.”

As an ordained minister for 54 years, Allen is the founder of Miracleland Church, CEO of Miracle Publications International, Inc., and a consultant at Windsor Village United Methodist Church. His ministry and teachings emphasize the Holy Spirit.

As an author, Allen has published books and produced recordings for the Christian education market.His most recent book is titled “How to Live Like a Christian Should: Daily Nuggets.”He also has a patent for the Kwik Study Educational System.

Allen was active in the Civil Rights Movement in Houston and Dallas and founded the Hope Development organization. His involvement included the Weingarten’s sit-in in Houston, the Black Sunday boycott in Houston (in response to the assassination of Dr. Martin Luther King Jr.) and drugstore and cafeteria demonstrations in Dallas.

He was the pastor of Highland Hills Methodist Church in Dallas and served as the regional director for the Congress of Racial Equality (CORE).

In 1967 he testified before the Senate Subcommittee on Civil Rights following a racially charged incident on TSU’s campus.

He and his wife, Jeanette, have five children.

In observance of Black History Month, Allen shared some of his recollections with the Defender.

Defender: Tell us about the movement you were involved in during the ‘60s. How did you get involved?

Allen: In Dallas, I experienced racism everywhere: school, housing, eating establishments, swimming pools, hospitals, doctors’ offices, etc.  One incident began with the request for two cups of coffee at a drugstore located across the street from SMU.  I was with my friend who was a fellow student and who happened to be white.  As the Black lady behind the counter put the cups down in front of us, the pharmacist yelled across the room, “You can’t do that!  You know better than that!”  He ran over to the counter and said, “We don’t serve colored folk in here. Y’all get out of here.”

When my friend said we wouldn’t leave until we were served, the pharmacist threatened to call the police.  My friend urged me to go back to the campus.  When we got there, he knocked on every apartment door, told the students what happened and encouraged them to “go over there and sit down.”  About 50 students went to the store and sat down on the stools while the others stood up.  The pharmacist called Mr. Bright, the store owner.  When Mr. Bright arrived, he demanded that the police take “this n—– and these white kids out of my place.”

Again, as in Houston, because we were not creating a ruckus and as long as the store remained open, the police did not make us leave.   However, we did leave and returned the following week with 80 students. We did not enter the store but picketed outside.   Mr. Bright came out and calmly said to me, “Earl, that’s what they call you?”  I said, “That’s what they call me.”  He said, “Let me tell you something. I can understand why you are doing this, but I don’t understand why these n—–loving white kids are doing this!  I ought to get my gun and shoot them all!”

I was in Houston in 1968 when Dr. Martin Luther King Jr. was assassinated in Memphis.  At the time, I served as the director of HOPE Development, an organization I founded to help the Black community organize to achieve Human, Organizational, Political and Economic equality.  We provided programs such as job training, community clean-up activities and employment information.

When we heard about Dr. King’s assassination, we wanted to do something in Houston to celebrate him.  I came up with the idea of Black Sunday which was held the Sunday after he was killed. On the Friday that preceded Black Sunday, we encouraged Black people not to go downtown and buy anything.  It was right before Easter. The boycott was very successful.

Primarily, Black Sunday was our way of expressing our disgust at Dr. King getting killed and the fact that we still had segregation and other activities going on in Houston that were discriminatory against Black people.  We had a big parade and marched from Holman Street to Emancipation Park on Dowling.

When we got to the park, there was a platform set up for a rally.  We had invited all of the city officials such as the mayor, the county sheriff, the police chief and other officials to come to the rally and sit on the platform.  The intent was, and we followed through, that they were not allowed to speak.  They just had to sit there.  There were also many Black dignitaries there and among them was Barbara Jordan.  I don’t remember how many people spoke, but enough of them did.  Then I stood up before the crowd of about 2,500 people and made demands.  I gave Mayor Welch and the rest of them a pretty rough time, but I think it had an impact.  From that experience, the mayor and I became like friends.

Defender: What were some of the challenges you faced in those days?

Allen:Some of the challenges I faced along with others were rejection, disrespect, prejudice and hatred.  In addition, we were met with resistance from some “colored” leaders and people in certain “colored” communities.  We also experienced disappointment in certain individuals who were opposed to our actions.