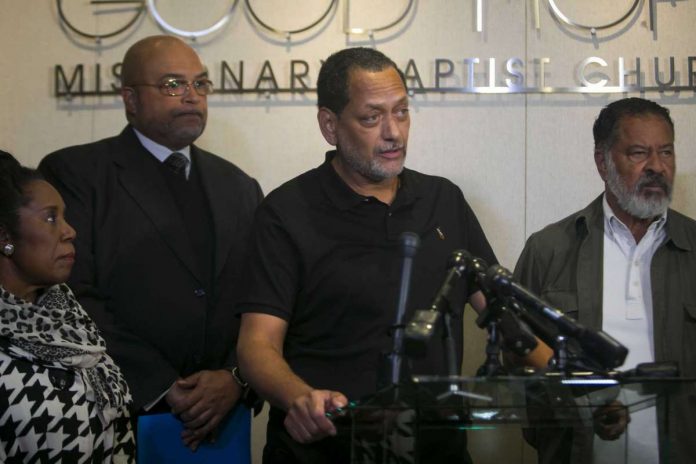 The family of a murdered teen is sending a warning to others after learning of a persona the teen had on social media that portrayed him as a gangster.

“Once the suspect fired upon the male and female, the male went down. The suspect stood over De’Lindsey and fired more shots,” Finner said.

The family held a news conference to warn of what can happen if parents don’t keep an eye on children’s accounts. One family friend commented that Mack was a “bedroom gangster” – a teen with a secret hidden within his smart phone.

“If you don’t get into your kids’ social media pages, you’ll be where I am,” said the teen’s father, Dwight D. Mack. “It’s sad that someone can create a persona on social media to make someone hate them that bad.”

Mack was approached by three young men near the campus, police said, and the gunman shot at him on the sidewalk. Finner said gang activity might have been involved.

Dr. D. Z. Cofield, pastor of Good Hope Missionary Baptist Church and family spokesman, didn’t deny that gang activity might have been a factor in the shooting, but said Mack only portrayed himself as a gang member.

One of Mack’s posts on his Instagram page showed a photo of the teen holding cash and a gun, for example, Cofield said.

By all other accounts, Mack was a “big talker,” but not a gangster, according to the pastor.

“When we heard about the kind of shooting it was, clearly a shooting that was intended to end his life, and anger and vengeance behind it, we were dumbfounded,” Cofield said.

“We want to remind parents that in this age of technology, that we have to parent in a different way,” a statement from the family said.

“You have to parent with the reality that now it is not just about watching them physically and mentally; now you have to watch any image that your child puts out through social media, especially when it doesn’t reflect them accurately.  Oftentimes children project an image that they glorify and not their reality.  Just a few wrong strokes on a computer can cost a child his life.”