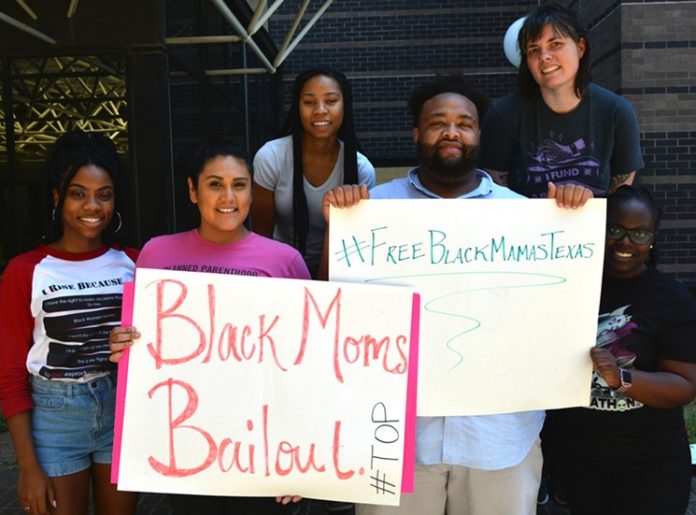 An Atlanta-based group set out on a mission to reunite incarcerated Black women with their children just in time for Mother’s Day. The organizations Southerners on New Ground and the National Bail Out Collective joined forces to raise money for women who could not afford to post bail, 11 Alive reported.

Dubbed #FreeBlackMamas the initiative—which aims to help women in 17 cities across the country—was created to address inequalities within the criminal justice system, the news outlet writes. Launched in 2017, last year campaign organizers were able to fundraise enough money to have 100 women released from jail. Many of the women that they have helped were placed behind bars for minor offenses but spent long lengths of time in jail because financial burdens prevented them from posting bail.

“The bail reform ordinance is an important first step towards desperately needed bail reforms in Atlanta, but the work of bail reform and breaking the cycle of profiling, targeting and caging of Atlanta’s poor and black communities requires many additional policy changes and until that happens, we must continue to free ourselves,” Mary Hooks, Co-Director, SONG, told 11 Alive. Since its inception, SONG has raised $1 million to help 125 individuals. In the past, with the help of other organizations, they’ve been able to launch fundraising campaigns to help release fathers for Father’s Day.

Racial disparities surrounding detainment for non-violent offenses have been a lingering issue. According to Black Enterprise, there are 220,000 women in the jail system; 80 percent of them are mothers and 60 percent are African American. There are several initiatives that have been created related to bail reform. Earlier this year, hip-hop mogul Jay Z invested $3 million in the bail reform start-up Promise, Tech Crunch reported.