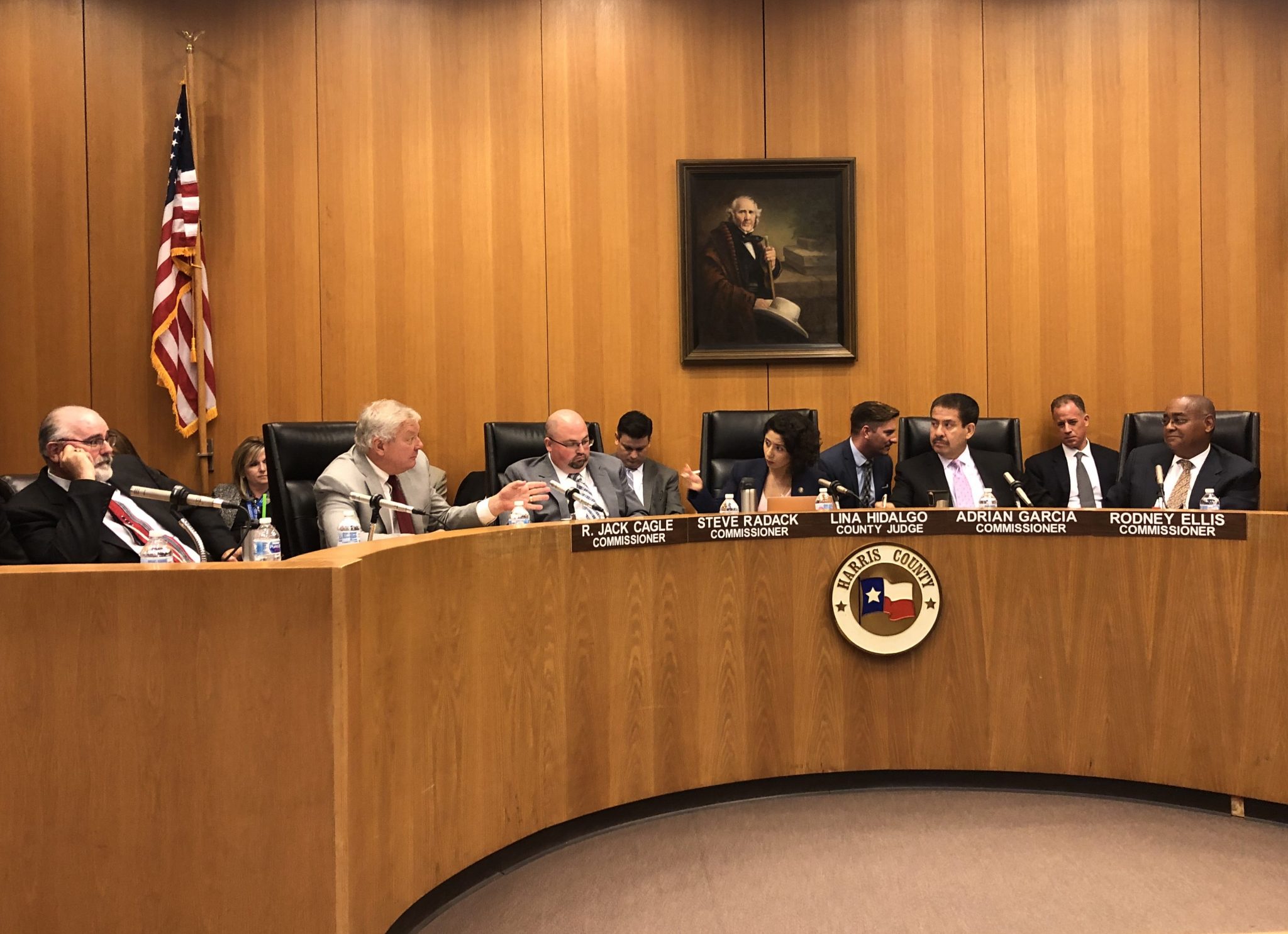 Property owners in Harris County will get a break on their taxes this coming year, after county government voted to lower the tax rate Tuesday.

The move also won approval from former Spring Valley Mayor Tom Ramsey, who is running to be on the commissioners court against Democratic strategist Michael Moore. Ramsey was the sole speaker at a hearing on the new rate.

“Even in the COVID season, we see the property values are going up this year 6%,” Ramsey said. “I think it is reasonable to expect that our city and county governments would set a rate that helps mitigate the increased taxes.”

Cuts to the general fund and the Port of Houston offset slight increases in funding to the flood control district and the hospital district.

The overall tax rate cut is the first such cut in at least 10 years. Still, property owners will likely see their tax bills go up, since appraisal values continue to rise across the region.

The move comes five days after Houston City Council voted to lower its property tax rate to 56 cents on each $100 of taxable value — about a 1% decrease from last year. But like the county, Houston residents were also likely to see higher tax bills. That’s both because of rising appraisal values and because the city believes it’s allowed to set rates slightly higher this year, under Gov. Greg Abbott’s COVID-19 disaster declaration.

The county tax cut was an unusual example of harmony in a commissioners court that has been sharply divided along partisan lines, particularly when it comes to taxes.

Last year, the court’s Democratic majority attempted to raise the county’s tax rate by 8%, for use in a rainy day fund to deal with future economic downturns or natural disasters. It would have been the last year in which the court could have passed such a steep increase without going to voters for approval – Senate Bill 2, which went into effect January 1, capped the annual property tax growth across the state of Texas at 3.5%.

On that occasion, the two Republican commissioners blocked the tax hike by absenting themselves from commissioners court on the day of the vote, denying the Democrats a quorum.