DefenderNetwork.com
Home LEAD STORY After Harvey, how should Houston grow? 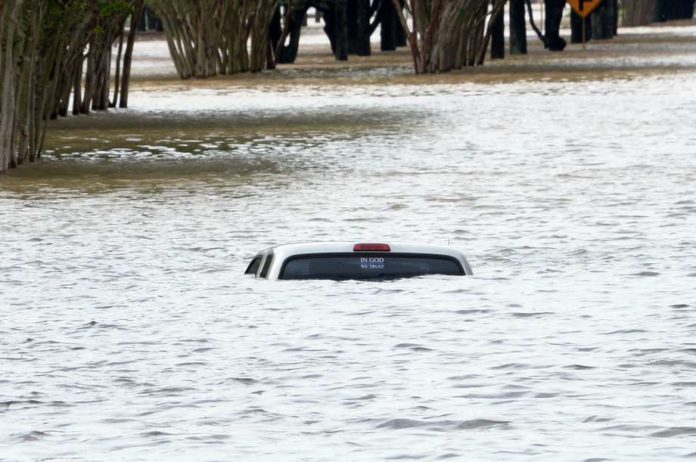 For years, coverage of any national news story based in Houston was suffused with a tone of astonished revulsion, as if the reporters descending on the city had discovered a barely habitable wasteland in southeast Texas. “This place is a hellhole,” the New York Post informed its readers during a 1994 NBA Finals series between the Knicks and the Rockets.

This trend tapered off in recent years as journalists absorbed the fact that Houston was the nation’s fourth-largest city (“Really? Bigger than Dallas?”) and began to notice the superb arts companies, outstanding restaurants, excellent universities and other cultural markers they’d somehow overlooked in the past.

Hurricane Harvey’s floods, an enormous national story, gave out-of-town reporters the opportunity to examine another characteristic that made Houston different and potentially interesting: its distinctive culture of growth and development.

A flurry of these pieces – examples of a genre known to journalists of a certain age as “thumb-suckers” – appeared in print and online publications with national audiences. Most of them prominently mentioned Houston’s lack of a conventional zoning code, and more than a few writers seemed to assume that “no zoning” meant no rules of any kind.

Implicit in many of the articles was the idea that Houston, to one extent or another, had brought this misery down on its own head.

Defenders of the Houston model responded eagerly, and two essays in particular provided perspectives that have long informed this discussion. One was written by an executive of an industry that has profited from Houston’s tradition of limited land-use regulation. The other carried the bylines of two leaders of a think tank that consistently champions the Houston approach from an urban policy standpoint.

“Hurricane Harvey was not a catastrophe,” construction company executive Leo Linbeck III wrote in a widely read, and much-criticized, Houston Chronicle opinion essay published Sept. 5 . “It was Houston’s finest hour, evidence that our distinctive approach to self-governance works, even under the stress of a major storm.”

More than three months and many thumb-suckers later, Joel Kotkin and Tory Gattis grabbed the baton from Linbeck, who is the vice chairman of the organization they represent, the Center for Opportunity Urbanism. The Kotkin-Gattis piece, published Dec. 13 on the CityJournal website, scolded national writers for their “hysteria about climate change and finger-wagging about zoning.”

Kotkin and Gattis urged Houston to reject calls to “abandon growth.” (I’ve seen no article that recommended this, but never mind; the other side exaggerated, too.) Instead, they wrote, the focus should be on building more and better infrastructure such as detention ponds and drainage systems: “If we accept that more Harvey-like events are possible, even probable, then the most important issue is not zoning but flood control, which requires resilient systems.”

Homes in  Cinco Ranch are surrounded by water from Barker dam on Sept. 2.

Both of these pieces, like the articles critical of Houston that inspired them, employ selected data points to support the writers’ premises. Both point out, for example, that the capacity of the area’s paved-over wetlands to absorb floodwaters is a tiny proportion of the amount of rain dumped by Harvey. (The figures cited by the authors vary widely, but the point is the same; nothing to see here. Stop talking about wetlands.)

Even the most diligent reader could be forgiven for struggling to navigate the maze of data used to support opposing conclusions. Those who don’t bring a particular point of view to the discussion – if such a person exists in our polarized era, when even wonky topics like growth and development seem to break down along ideological lines – might be inclined to agree with the piece they read most recently.

Perhaps it’s useful, then, to approach this subject from a different direction. At its heart, the post-Harvey conversation is about risk: how much is acceptable, and how we can ensure that risks are allocated fairly. The guy who rolls the dice, after all, is the guy who should pay if they come up snake-eyes.

Risk was a central theme of the Chronicle’s “Developing Storm” seriespublished in recent weeks. For example, as Mihir Zaveri reported in Part 5, a major flood in 1992 exposed the vulnerability of the Addicks and Barker dams west of the city. The U.S. Army Corps of Engineers studied possible remedial actions, including deepening the reservoirs behind the dams, adding new reservoirs or buying out potentially affected homeowners.

The Corps’ recommendation? “Accept existing conditions and risk through No Action.”

You can imagine the officials nodding over that conclusion as they frowned at cost estimates and gazed out their office windows at a dry-as-a-bone landscape. After Harvey, thousands of houses upstream and downstream of the dams flooded.

Similarly, The New York Times reported Dec. 2 that the developers of The Woodlands had “used a wrinkle in the federal flood-mapping system” to facilitate a new development near Spring Creek where 80 homes flooded during Harvey. The developers brought in truckloads of dirt to raise the land slightly above the floodplain elevation, alleviating the perceived risk, the Times reported.

The owner of one flooded house told the newspaper that she and her husband had been assured that “flooding was not even a possibility.”

These actions, and others documented in the Chronicle series and elsewhere, reflect a deeply ingrained local attitude: When in doubt, build. This mindset is informed by a sense that the people who shaped the city were bold risk-takers whose daring led to extraordinary achievements like the Houston Ship Channel and the Texas Medical Center.

Many would argue that  tampering with this core value would have the same effect that Delilah achieved when she cut off Samson’s hair. But a suburban subdivision is not the Ship Channel, and change can lead to greater strength rather than to weakness. Perhaps Houston could use a haircut.

No one is suggesting that regional growth should screech to a halt, but we have choices about the form the growth should take – building up instead of out, for example. Kotkin, Gattis and like-minded writers champion the supremacy of the suburbs over central cities, but planners all over the country are rethinking the nature of suburban development with an eye toward greater density and environmental sustainability.

Perhaps the notion of growth as the fundamental driver of local policy should be reconsidered in light of new realities and different needs.

Growth, after all, is about accommodating new people. That’s all well and good, but it shouldn’t come at the expense of taking care of those who are already here. Many of them are weary of paying for risks taken by others.