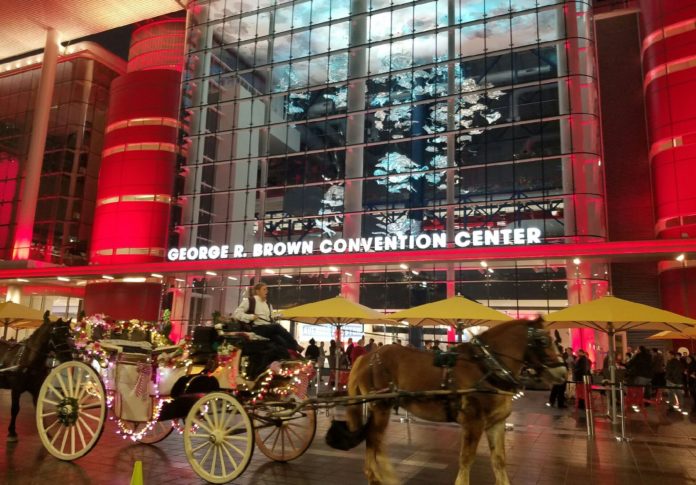 New city attractions have enhanced Houston’s reputation as a tourism spot, and according to Houston First board members, their initiative has shepherded business opportunities for African-Americans and other minorities.

Formed in 2011, Houston First is a local government corporation leading the effort to promote Houston as one of the greatest cities in the world. It manages more than 10 city-owned buildings and properties and underground and surface parking for nearly 7,000 vehicles.

Gerald Womack, president and CEO of Womack Development and Investment Realtors, said his mission as a Black board member serving on Houston First’s Procurement Committee is to advocate and “give Blacks new opportunities in business by providing robust opportunities to participate in procurement and service contracts.

“I’ve been in business for over 30 years and I’ve seen the disparity of African-Americans and others when it comes to business,” he said.

“Houston First is a huge company that brings in and controls millions of dollars. As someone who is from Third Ward – someone who hasn’t forgotten where they came from – now that I have a seat at the table to represent the Black community, I make it my mission to demand and see that African-Americans have opportunities to flourish and build.”

As part of its commitment to the growth and development of small, minority and women-owned businesses, Houston First established a diversity program.

“The diversity program ensures that certified, diverse contractors and suppliers can provide quality goods and services at competitive rates in all areas of its operations,” Bailey said.

“To stimulate growth for historically underutilized business enterprises, we encourage full participation of these businesses in various areas of city contracting, where $50,000 contracts can be bid on for small, Black-owned and other minority businesses,” she said.

Board chair David Mincberg said it’s important for Houston First to be inclusive and promote diversity “so that when tourists are looking for a special place to visit, they’ll think of Houston first.

“We want to involve all Houstonians and to provide equal opportunities in not only economic employment and contracts, but also in the enjoyment of our community’s attractions,” he said.

The latest attraction for Houstonians to enjoy is Avenida Houston, meaning “Avenue” in Spanish. It gets its name from “Avenida de las Americas,” the boulevard that fronts the GRB and runs from Minute Maid Park to the Hilton Americas-Houston hotel.

“It’s so interesting that we’ve taken what was previously a nine-lane road and created a hospitable public space that is engaging and designed to enhance the Houston experience for both visitors and locals,” said Peter McStravick, chief development officer at Houston First.

Up next for development, Womack said, is renovation of the park across the street from the Jesse H. Jones Hall for the Performing Arts.

“We want to create a vibrant park for locals to sit outside, enjoy the weather and retail shops, and perhaps a glass of wine – just an overall relaxing place to be,” he said.

“A lot of our construction workers live outside of the city because they cannot afford to live within the area. We’re looking to produce ‘work force housing’ that is built somewhere close downtown so our workers won’t have a far commute and spend a lot of money on gas,” Womack said.

To continue to promote inclusion and more opportunities for minorities, Womack encourages the community to get involved by coming to Houston First meetings and “allowing their voices to be heard.”

“The richness of Houston stems from its people, and without the people Houston wouldn’t be the great city it is today,” he said.