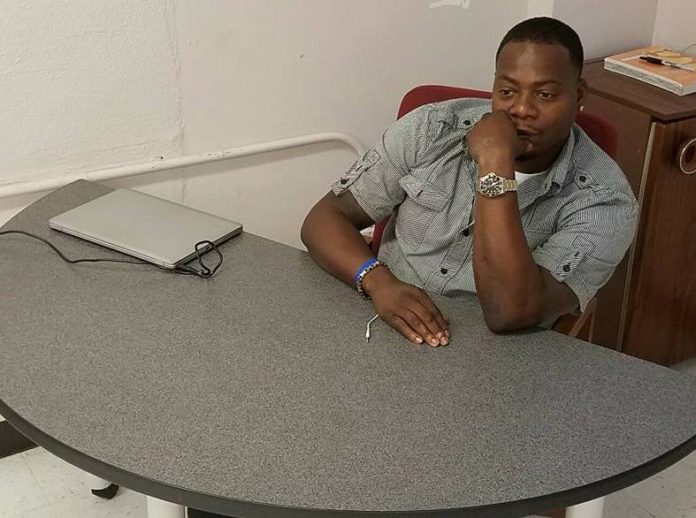 A senseless shooting  at a bar in the Third Ward early Monday has left a father of four dead and Houston police searching for the culprit.

The Houston Police Department said a fight broke out and then bullets started flying inside the D Bar near Dowling and Wheeler streets around 1 a.m. The nearly 100 people partying inside ran for their lives, but police said Untorio Jones, 39, didn’t make it out.

The gunmen escaped and Jones was found on the dance floor when officers arrived, the department said.

Jones worked a special education teacher’s aide for Lee High School in Houston Independent School District. He was known among his friends and family as ‘Byrd,’ probably because he was always willing to spread his wings across his community. Just hours before he was killed, Jones posted videos of himself delivering toys to children in need.

However, Jones’ family members said the tragedy doesn’t end at the club.

Someone had the nerve to post pictures of the the victim’s body on social media. Posting the pictures may have been meant as a joke, but the family isn’t laughing.

“You didn’t respect him as a person to put him on Facebook like that,” Holbert said. “I think that’s so wrong.”

The family is now praying for peace and justice.

“Justice will be served because we do believe in God, and God is going to get us through this,” his aunt Linder Johnson said.

Investigators urge anyone with information regarding the shooting to call HPD.