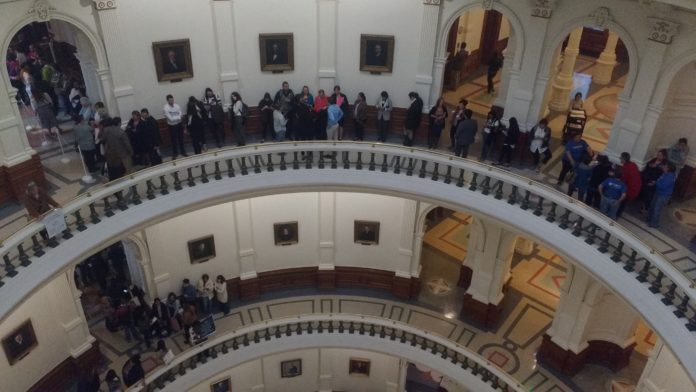 In an overwhelming display of civic engagement, more than 1,000 people showed up to the Texas Capitol to voice opposition to Senate Bill 4, also known as the “sanctuary cities” ban, during a Senate committee hearing Thursday.

The 16-hour hearing included public testimonies ranging from tearful and heartfelt to visibly frustrated and frightened about the bill that some critics call “racist” and “discriminatory” against Hispanics. Several law enforcement officials, including police chiefs of Austin and San Antonio, said the bill would hinder officers’ ability to investigate violent crimes in immigrant communities.

SB 4 would preempt local law enforcement agencies from enacting policies that ban its officers from inquiring about immigration status and cut funding for localities that do not fully cooperate with federal immigration detainers.

Despite nearly all of the 450 people who signed up to testify speaking against the bill, the committee passed the proposal with a 7-2 vote along party lines on to the full Senate, where it will be considered next week.