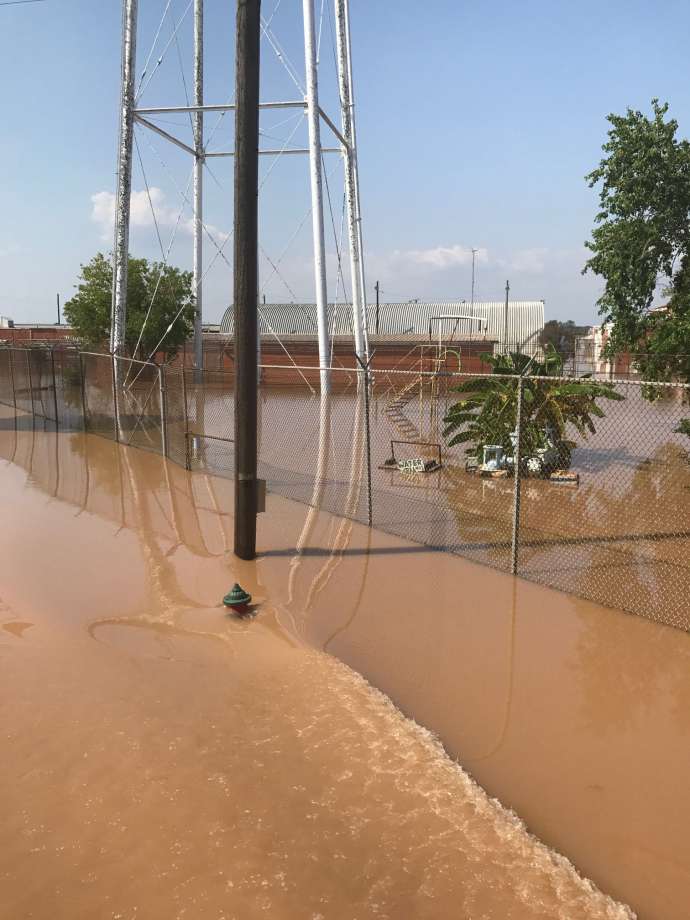 he cost of Hurricane Harvey’s wrath to the Texas prison system has crossed the $8 million mark, with damage more widespread than initially reported.

Five units evacuated, at least 25 more lost power and some suffered roof damage, including the facility in Rosharon, where the Ramsey Unit alone needed more than $600,000 in repairs.

The rising waters of the Brazos River forced the relocation of nearly 7,000 prisoners and parolees, requiring the Texas Department of Criminal Justice to shell out close to $2.7 million in overtime pay to move prisoners.

“Hurricane Harvey was a terrible natural disaster which presented the agency with a monumental challenge,” TDCJ Executive Director Bryan Collier wrote in an employee newsletter after the storm. “Only through the Herculean effort of our employees was success made possible.”

But three months later, there’s still dispute about what really happened during the storm, with the National Lawyers Guild taking preliminary steps toward a lawsuit after some inmates described brutal conditions, as others – including TDCJ – offered less dire accounts.

A former union leader rebuffed prisoner reports of flooding inside the units but still alleged the same staffing shortages the department denied in September.

“There could have been a mass escape,” said Lance Lowry, then-president of the Texas Correctional Employees union in Huntsville. “A number of things could have gone wrong.”

Harvey totaled just over $800,000 in facility damages, primarily at the Ramsey Unit in Rosharon, where the maintenance shop required more than $400,000 in repairs. Other associated costs of the Category 4 storm included more than $750,000 for food, $127,000 for equipment rentals and around $110,000 in gas needed to evacuate prisoners.

“The big cover-up is they didn’t have the staff to move them,” Lowry said, in reference to the Beaumont prisons that did not evacuate.

In early September, Lowry told the Chronicle that several hundred officers were unable to make it into work at Beaumont-area facilities during the storm because of road flooding. A few absences, Lowry said, can create a dire situation at units that are already understaffed; Gist, Stiles and LeBlanc units all have at least 21 percent vacancy rates for correctional officers, according to October TDCJ data.

“We’re playing Russian roulette,” he said. “It’s just a matter of time till we have the right combination of events and have a catastrophe.”