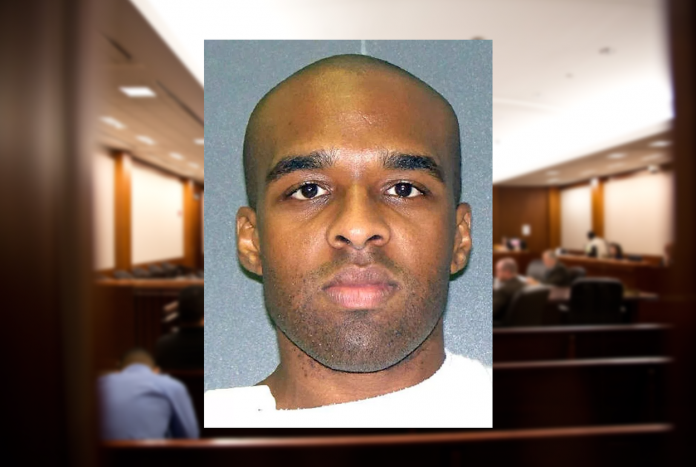 A Tarrant County judge has recommended that a death row inmate’s sentence be changed to life without parole after reviewing evidence that there was false evidence introduced at his trial.

Paul Storey was sentenced to death in September 2008 for the 2006 murder of Jonas Cherry, the assistant manager at a miniature golf course near Fort Worth that Storey and another man were robbing. Storey was set for execution in April 2017, but the Texas Court of Criminal Appeals halted Storey’s execution less than a week before it was set to take place. His defense attorneys accused prosecutors of lying to jurors during his original trial. The state’s highest criminal court sent the case back to the Tarrant County trial court to review those claims.

According to court documents, a prosecutor told the jury during Storey’s 2008 trial that “it should go without saying that all of [Jonas Cherry’s] family and everyone who loved him believe the death penalty was appropriate.” But Cherry’s parents, Glenn and Judith, say that was a lie.

“We do not want to see another family having to suffer through losing a child and family member,” the Cherrys said in a letter to the governor about Storey’s case. “Due to our ethical and spiritual values we are opposed to the death penalty.”

Judge Everett Young wrote Tuesday that “had this evidence been disclosed, there is a reasonable probability” that the jury would have decided differently. Those omissions amounted to several constitutional violations, Young said.

The case now returns to the Court of Criminal Appeals, which has final say over Storey’s case.