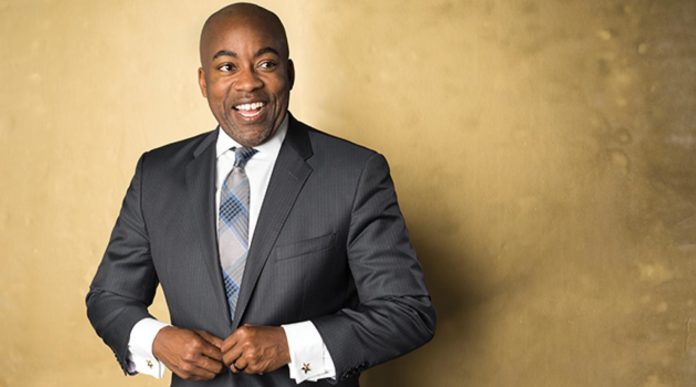 Professor of History Leonard N. Moore has been named interim vice president for diversity and community engagement at The University of Texas at Austin. Moore has been the senior associate vice president for Diversity and Community Engagement since 2013 and will serve in the interim role as the university conducts a national search to fill the position, President Gregory L. Fenves announced in a letter to campus.

“As a scholar, Dr. Leonard Moore has boldly studied the intersections of race, history, race and politics in groundbreaking ways,” Fenves said. “As a teacher, he has challenged UT students to understand their world, to answer difficult questions and to seek truth in their studies and in their lives. And now, as interim vice president for diversity and community engagement, Dr. Moore will apply his expertise to strengthen our commitment to diversity and inclusion on campus and throughout the city of Austin. He is the ideal person for this job during an important time of transition for the Division of Diversity and Community Engagement.”

A faculty member at Texas since 2007, Moore in his current role manages about 30 programs and initiatives in the Division of Diversity and Community Engagement (DDCE). He regularly teaches hundreds of students per semester, including a class on the Black Power movement and a course titled “Race in the age of Obama.” He has received numerous teaching awards and also directs study abroad programs in Beijing and Cape Town that have become national models for diversifying global education.

“I was born to be a teacher. Whenever I walk into a classroom at UT and see so many students from different backgrounds, I am reminded what a unique, diverse, and life-changing campus this is,” Moore said. “In my new role, I hope to reach even more students and to maintain and elevate the university’s commitment to diversity,  inclusion, and community engagement at this vital moment in the history of our nation.”

Moore will begin as interim vice president on July 17 and serve through the 2017-2018 academic year.  He will replace Gregory J. Vincent, the university’s first vice president for diversity and community engagement, who is leaving to become president of his alma mater, Hobart and William Smith Colleges in New York. The university will assemble a broad-based committee to identify and review candidates and consult with Fenves in the search for a permanent vice president.

UT Austin is a nationally recognized leader in promoting diversity in higher education. It was one of 13 U.S. universities honored as a 2016 Diversity Champion by INSIGHT into Diversity magazine. Earlier this year, the university developed a Diversity and Inclusion Action Plan that will serve as a blueprint for creating a more inclusive campus culture and embedding those efforts in all areas of university life.

Central to those initiatives is DDCE’s work in advancing socially just learning and working environments and fostering a culture of excellence through diverse people, ideas, and perspectives on campus. DDCE also develops community-university partnerships that foster connections between Austin and the university.

At UT Austin, he serves as the George W. Littlefield Professor in American History and is also a Fellow of Lee and Joseph D. Jamail Chair in African American Studies.

He is the author of two books. His third book, The Defeat of Black Power: Civil Rights and the National Black Political Convention of 1972, will be published in early 2018. Moore currently serves as chair of the board of directors for the Austin Area Urban League.