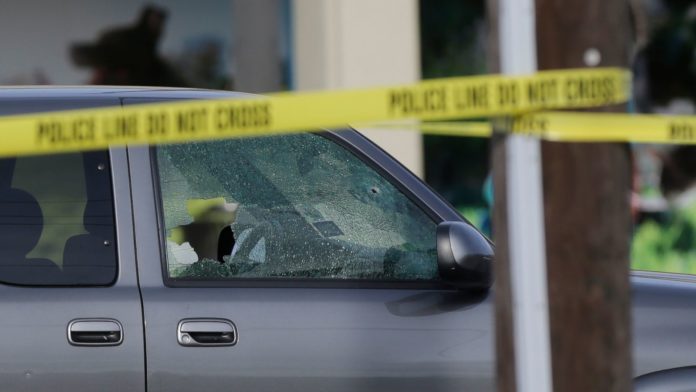 Houston police say several people have been shot at a strip mall in the city’s southwest and that officers shot the gunman.

Police said via Twitter Monday that an “active shooter at Weslayan & Bissonnet has been shot by our officers” and that there are no reports of other suspects “at this time.”

Houston police say the suspect is dead in a shooting near a strip mall that wounded six people.

Police said on Twitter that the suspected shooter was “DOA,” describing the shooting scene as still active but contained.

The shooting comes days after a shooting at a Washington state mall that left five people dead. On Sept. 17, a 20-year-old man stabbed 10 people at a Minnesota mall before being shot to death by an off-duty police officer.