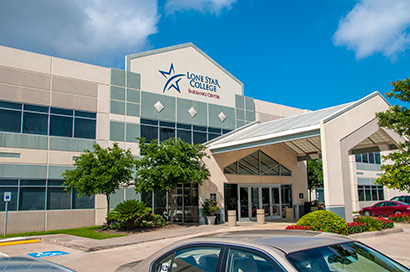 Diverse Issues in Higher Education has named Lone Star College a Top 10 Producer of associate degrees for minorities, ranking sixth nationally among all community colleges in the U.S.

“Lone Star College remains committed to all students,” said Stephen C. Head, Ph.D., LSC chancellor.  “Degree and certificate completion is a strong measure of student success and I am proud of the hard work our faculty and staff members put in to ensure our students have the very best instruction in the nation.”

LSC also ranked fifth among the 1,100 community colleges nationwide in the 2018 listing for the number of minority students earning associate degrees in Liberal Arts and Sciences, General Studies and Humanities, and sixth for students who earned an associate degree in education.

Houston has been cited as one of the nation’s most ethnically diverse cities and the LSC student population reflects that diversity. In fall 2017, 69 percent of LSC students were either Hispanic, African-American, Asian or other. The Hispanic population alone grew by 7 percent from fall 2013 to fall 2017.

“From the moment a student walks into the door, we are ready to assist them with academic advisors, counseling services and success programs to help them achieve their goals,” said Head.

Cutline: Lone Star College has been named a Top 10 producer of associate degrees for minorities, ranking sixth nationally among all community colleges in the U.S. by Diverse Issues in Higher Education.