DefenderNetwork.com
Home NEWS Local & State Money paid to firefighters before Prop B struck down must be repaid,... 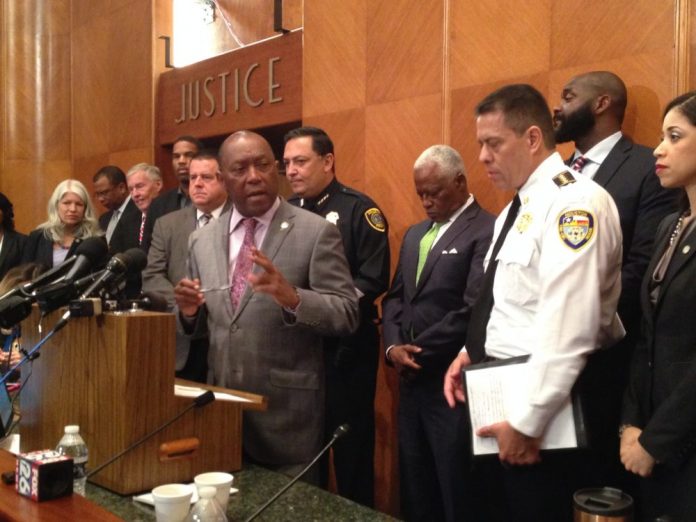 Money that was paid to firefighters before Proposition B was struck down last month must be repaid, Houston Mayor Sylvester Turner said Wednesday.

The announcement came after a unanimous vote by the Houston City Council to restore the 220 firefighters and 66 cadets that were cut as the city was implementing the measure. The vote also voided more than 450 planned demotions.

The voter-approved ordinance, which requires the city’s firefighters to be paid the same as their police department counterparts, was ruled unconstitutional last month.

At Wednesday’s council meeting, Turner said that the money that was paid to firefighters on May 7 in order comply with Proposition B will eventually need to be repaid because the city cannot make gifts of money.

Turner said that while the city has the right to take the money back immediately, he’s hoping the money will act as a credit on future negotiations with the Houston Professional Fire Fighters Association.

“The way we are looking at it now is that $17 million that’s out there is a credit, and to the extent (that) an agreement is reached, then it would be applied to those negotiations,” Turner said.

However, Turner said that the city’s patience with recovering the money will not extend to firefighters who leave the city’s employment.

“If they terminate their employment, the money is clawed back,” Turner said.

Marty Lancton, president of the HPFFA, said in a tweet from the union’s account that the mayor is overreaching.

“The Mayor is once again blurring the lines between what is required by the law under collective bargaining and his political campaign, where anything goes,” Lancton said. “If any of this was legitimate, he would put it in writing and follow the law.”

The HPFFA has filed an appeal of the judge’s ruling. It’s not clear when the appeal will be heard.