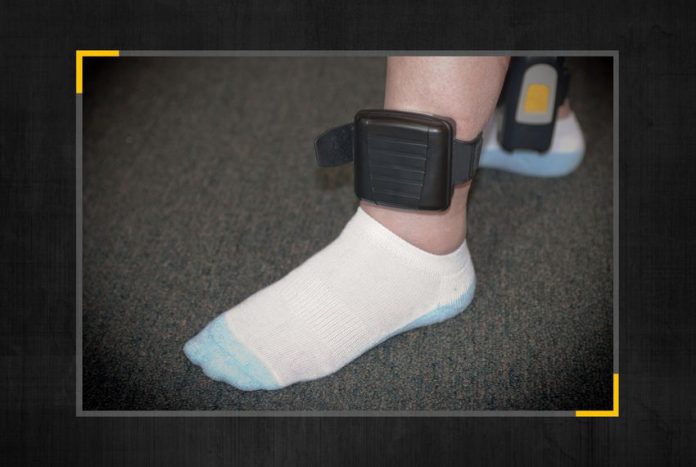 A capital murder suspect in Houston was out on bond this summer, wearing a GPS ankle monitor under a court order. But he fell behind on his monthly payments to the third-party vendor who gave him the monitor, so a company employee repossessed it from his ankle in September.

All of a sudden, the murder suspect was effectively at large.

The incident prompted outcry from Harris County District Attorney Kim Ogg on Wednesday, when the suspect was eventually rearrested and placed in jail. She said in a letter to other county officials that the case exposed a “troubling loophole” where defendants can evade supervision by not paying monitoring fees. She asked the county’s pretrial supervision department to immediately overhaul its practices.

But the director of the county’s Community Supervision and Corrections Department, which monitors defendants out on surety bonds where bail bonds companies front the full cost for a fee, said it wasn’t a policy loophole. She said it was a local vendor who broke its agreement with the county and was immediately terminated.

“In over 20 years of doing this, I’ve never seen a vendor do this kind of violation,” the director, Teresa May, told The Texas Tribune.

Despite May’s claim that this is a one-time breach of an otherwise properly functioning system, the ankle monitor repossession highlights a stark difference in how two Harris County departments handle GPS monitoring of criminal defendants. Those that are released from jail before trial on a surety bond pay higher monthly fees to vendors directly, if a monitor is ordered. But defendants released on no-cash bonds pay a monitoring fee to the county which then pays the vendors. No-cash defendants with monitors who are poor may have their fees waived.

“They have a defendant-pay system… our system is agency-pay,” said Kelvin Banks, director of Harris County Pretrial Services, which handles monitoring of defendants released on no-cash bonds. “[Vendors] send us a monthly invoice, so they’re never aware if a defendant is delinquent for any reason.”

Clint Walker, 27, has been indicted in the 2016 shooting death of 59-year-old Enrique Garcia, a security guard at a game room Walker allegedly robbed. According to court records, Walker was released from jail in June on a $100,000 surety bond. One of his court-imposed conditions of release was that he wear an ankle monitor and pay the monthly fees associated with it. May said the cost ranges from about $280 to $300 a month.

Since he was released on a monetary bond, he was to be supervised by May’s department, which Banks said generally handles higher-risk cases, but not always. Walker was told he had seven days to go to one of four approved vendors to get his monitor and pay all of the fees to them, according to court records. Walker chose Guarding Public Safety, a local company.

Three months later, a representative from Guarding Public Safety told the county that Walker had accrued $305 in back dues and was no longer being monitored, court records show. May and Ogg said the employee had physically removed Walker’s monitor.

Phone calls and an email to Guarding Public Safety were not returned Thursday.

Since his court-ordered monitor was removed, Walker was effectively at large, said Harris County First Assistant District Attorney David Mitcham. He said it was an “intolerable set of circumstances,” and was a major public safety concern. Though they didn’t learn about it until later, it was especially troubling to the victim’s family.

Hugo Garcia, Enrique’s 37-year-old son, said he didn’t even know the suspect in his dad’s killing was out of jail until Wednesday shortly before his rearrest, but the short time he knew was “a nightmare.”

“I have a wife of 13 years, one daughter, 10 years old. When I found out that he was on the possible run for being out on bond and getting his ankle monitor removed, it just kind of stopped my heart for a moment,” Garcia said. “We just need to know answers so that this kind of situation doesn’t happen again to another family.”

May said typically, a vendor will go to a defendant if he is late on fees and say he needs to pay or the vendor will go to the courts. Signed agreements state that vendors can’t remove a monitor without authorization from the county, and failure to pay must be reported.

“A defendant can’t simply choose not to pay without violating their condition. They will be put in jail,” May said.

Once the courts found out Walker had been delinquent on his fees and was no longer being monitored, they set up a court hearing for a few days later (Tropical Storm Imelda delayed it) to “address the issue.” He did not show up in court that day, which triggered an arrest warrant. He was arrested at home Wednesday, about two weeks after his monitor was removed, according to his lawyer.

May said Walker hadn’t been late on payments before, and didn’t suspect it was Walker’s intention to avoid monitoring by not paying.

“Defendants who decide that they want to run or abscond or not be monitored, they’re going to cut if off,” she said. “They’re not concerned about all this.”

Walker’s lawyer, Jonathan Stephenson, said Thursday he believed his client had been unable to afford the payments for the monitor, but he didn’t think Walker wasn’t trying to evade the system.

“My understanding is he never left the city or anything like that, he was just at home,” he said.

Electronic monitoring has become a prominent piece of pretrial jail release across the country, but there is often criticism that the devices malfunction and trigger false violations and are too expensive for poor defendants. A survey by The Pew Charitable Trusts showed that in 2015, more than 125,000 people in the U.S. were being monitored on any given day, more than double the amount from a decade earlier.

County officials and defense lawyers said its common practice in the criminal justice system for defendants to pay for GPS monitoring directly through vendors. But Banks said an advantage to going through the county is that it keeps officials involved in any payment issues and also prevents vendors from seeking out missing funds themselves.

“It gives us better controls, and because we’re responsible, that gives additional accountability not only to the vendor but also to the defendant,” he said. “The key point is the vendor never knows what the payment history is of the defendant.”

Defendants that are supervised through his department, he said, don’t get a violation for not paying a fee. The maximum amount the defendant is ordered to pay for an ankle monitor under him is about $180 a month. The funds that are waived or any missed payments are covered in the county budget, he said, and the funds that do come in go into the general revenue.

Banks said he absolutely believes extending his department’s agency-pay system to May’s department would be beneficial, though it would require vetting and funding.

Since his rearrest, Walker has been held in the Harris County jail without the ability to bond out. On Monday, Stephenson said they will be back in court to try to figure out what happened and see if the judge will let him be released again. Mitcham said given the gravity of the crime and the history of this case and Walker, the prosecution “is by all likelihood going to urge the court to keep him in custody until his day in court.”