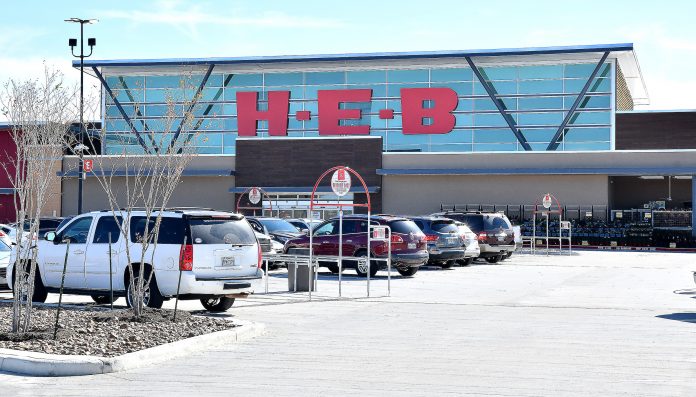 With the unveiling of the new MacGregor Market located at the intersection of N. MacGregor Way and SH 288, H-E-B is making a new economic impact in the Third Ward area from providing jobs to doing business with minority companies to making philanthropic investments.

When the first H-E-B store opened in Houston’s Black community in 1996 on Old Spanish Trail, it signaled that the San Antonio-based company was confronting a real challenge in African American neighborhoods, which had limited access to affordable and nutritious food – called “food deserts” – while others were not willing to take the risk.

“This H-E-B store has been in the making for some time now, and we are thrilled to put our roots down on this historic corner of Houston,” said Winell Herron, H-E-B Group VP for Public Affairs, Diversity and Environmental Affairs. “Thanks to the diligent work of the City of Houston, the Houston Housing Finance Corporation, community supporters and our H-E-B team, we are honored to be an even bigger and better part of this neighborhood.”

“H-E-B has hired 420 partners [employees] to staff MacGregor Market and deliver world-class customer service to each and every shopper,” Herron said. “Many of the store’s partners are from the OST location. The majority were recruited from the local community and through job fairs at both TSU and UH.”

But it’s not just about the rank and file. Anika Wiley, an African American woman and 22-year H-E-B veteran, will lead the store team that includes Jason Holsinger, Center Store leader and Isaac Williams, Perishable leader.

Wiley began her career as a deli clerk in Austin. While rising through the ranks in various management positions, including her most recent post as Top Store Leader for H-E-B Beaumont 6, she gained an uncompromising strength for perpetuating H-E-B’s enduring customer and community service.

“I’m humbled to serve our community with a state-of-the-art store,” Wiley said. “What you can expect is a host of phenomenal items with impeccable service. We don’t believe in making people wait at MacGregor Market.”

The relationship with the area goes beyond jobs. H-E-B has made a conscious effort to do business with African American businesses.

“One of the things H-E-B prides itself on is actually being the in community and being a part of the community,” said James Harris, H-E-B director, Diversity & Inclusion and Supplier Diversity. “So much so, we had a construction outreach program strategically looking for local content.

“We found two minority contractors to help us build the store and we have a plethora of minority suppliers that actually have their products on our shelves,” Harris said. “When you see the commercials on television that say, ‘This is my H-E-B Wine Department or my H-E-B Meat Department,’ you can truly say for this store, this is my H-E-B because I not only have products in the store but I helped build the store. I think it is something we all have to be proud of and certainly the suppliers, because now we are talking about economic impact.”

“We did the commercial clean-up after construction of both the building and parking lot. We served as a sub-contract and it was excellent working with H-E-B.”

In addition to the contractors who helped build the store, Frenchy’s, the Jank BBQ Sauce, Savannah Rose Tea and Bee Sweet Lemonade are just a few of the diverse products and suppliers in the store.

GIVING BACK TO THIRD WARD

The opening of the MacGregor store is not the only investment H-E-B has made in the neighborhood. Herron often says that H-E-B does more than “checkbook philanthropy.”  There have been numerous organizations and projects that have benefited from their contributions of money, volunteers and resources.

“Being a good neighbor is at the core of what we believe and how we do business,” Herron said. “Most recently, we sponsored the 2019 Blue Triangle MacGregor Home Tour, Holiday in the Tre at Emancipation Park and the Year of Joy Holiday Ice Skating Party at Discovery Green.

“The store team also provided welcome back-to-school snacks to all the staff and teachers at six schools in the MacGregor area and “adopted” two local fire stations through our Helping Heroes program, cooking for the firefighters and assisting with fire station chores.”

The MacGregor store recently held its grand opening, and as H-E-B celebrates its newest addition, it promises to provide shoppers with a unique experience, top-notch service and a wide selection of choices.