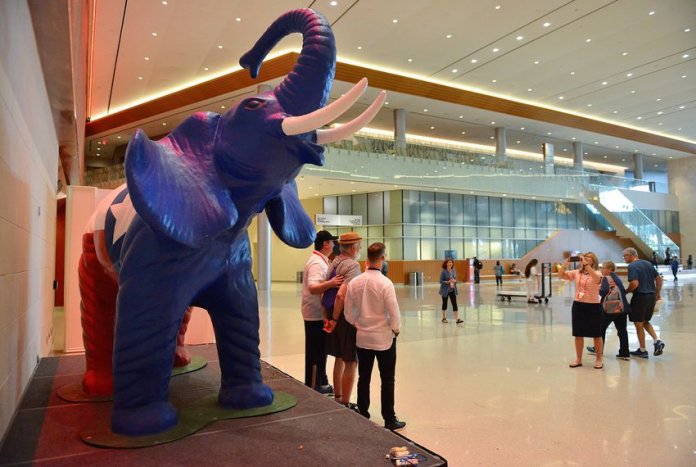 With national Democrats looking to make Texas a battleground, a new Republican group is launching to register hundreds of thousands of new voters here and convince them to help keep the state red in 2020.

The group, a super PAC named Engage Texas, is the brainchild of some of the state’s biggest GOP donors, and it is led by a former top staffer at the Republican National Committee. It comes as Texas Republicans look to gain ground in an area where their Democratic counterparts have dominated in recent years: signing up new voters.

“Educated voters are motivated voters, and Engage Texas is focused on both registering voters and giving them the information they need to get involved and vote for principled Texas conservatives to lead our state,” Mano DeAyala, a Houston lawyer who chairs the Engage Texas board, said in a statement.

The creation of Engage Texas follows an election cycle in which U.S. Sen. Ted Cruz, R-Texas, narrowly won re-election as Democrats picked up two U.S. House seats, two in the state Senate and 12 in the Texas House. For Republicans, the challenges are only growing next year in Texas, with national Democrats targeting U.S. Sen. John Cornyn, half a dozen U.S. House seats and the Texas House, where Democrats are nine seats away from the majority.

As a super PAC, Engage Texas can raise and spend unlimited amounts of money as long as it does not coordinate with campaigns. The group, which registered with the Federal Election Commission in April, is not required to reveal its donors until July 15.

But its funding is expected to be substantial, and in addition to DeAyala, its board members include Richard Weekley, the Houston businessman who co-founded and helps lead Texans for Lawsuit Reform, the influential tort reform organization. Other board members are Trey Strake, vice chairman of the real estate firm Cushman & Wakefield in Houston, and Randall Woodruff, executive director of the Strake Foundation.

Engage Texas’ executive director is Chris Young, who served as the RNC’s national field director for the 2016 cycle. More recently, he ran a political nonprofit in Nevada with a similar mission.

In focusing on voter registration, the group believes it is filling a GOP void as Democrats have honed in on signing up new voters across the state in recent years. There are roughly 4.1 million unregistered voters in Texas, according to the secretary of state’s office, with hundreds of thousands of people moving here every year.

In addition to registering voters, Engage Texas will focus on turning them out for the 2020 election. The group says it will carry out the two-pronged strategy with “grassroots, direct mail and digital outreach.”