DefenderNetwork.com
Home NEWS Local & State On some big issues this year, Texas lawmakers are going against the... 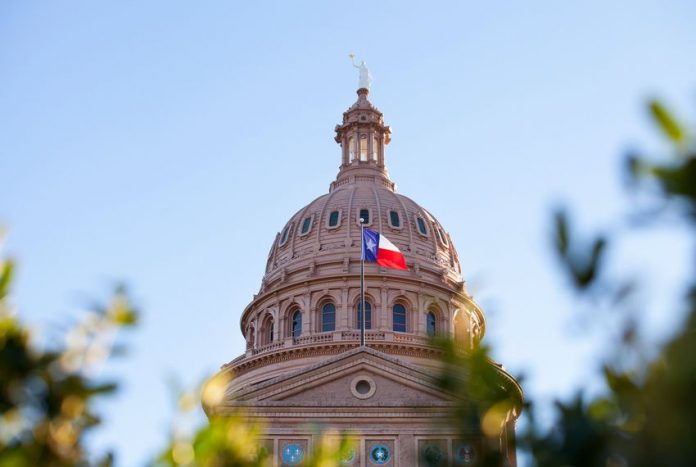 Politicians are often said to be chasing the polls, but sometimes they run the other way.

According to the latest University of Texas/Texas Tribune poll, at least two issues popular with a majority of Republican and Democratic voters — requiring businesses to offer paid sick leave and the implementation of “red flag” laws that would allow courts to order the seizure of guns from people who are deemed an imminent threat — are considered dead on arrival in the Capitol.

“It’s not uncommon that you see some level of popularity on an issue outside the [Capitol] and an opposite trajectory within the building,” said state Rep. Joe Moody, D-El Paso, who authored a red flag bill this session. “We shouldn’t dictate everything we do by a poll, but if we completely divorce ourselves from public perception, we’ll end up being more divisive than we need to be.”

Lawmakers will dole out a bevy of reasons to explain the dissonance between what legislators are doing versus what voters are asking for: lawmakers lagging behind culture, differences between statewide and regional polling or simply a disagreement between lawmakers and pollsters on how to get the best pulse on what voters want.

“Is a legitimate poll something you should pay attention to? It’s another piece of information and research data, and it’s helpful,” said state Sen. Charles Perry, R-Lubbock. “But does it change my whole mindset on where I’m going tomorrow? Absolutely not.”

Discussing “red flag” laws, which the UT/TT poll says 72 percent of Texans support, Perry said almost everyone can agree that the state doesn’t want “people that have mental challenges” to have access to guns. But he said implementing such measures might also have the unintended consequence of infringing on Texans’ Second Amendment rights.

“That’s a challenge and that’s a balance that legislators have to face: In the name of public safety, do we give up somebody’s liberty?” he said.

Perry isn’t alone in his skepticism toward “red flag” laws. The idea of implementing them in Texas was entertained by Gov. Greg Abbott shortly after a deadly shooting at Santa Fe High School last year, but Lt. Gov. Dan Patrick quickly shut down the the idea and said it would be dead on arrival in the Senate.

Advocates of the measures, meanwhile, say influential groups — such as the National Rifle Association — are partially to blame for the idea not gaining traction at the Capitol.

“I know ‘red flag’ laws have historically been opposed by groups such as the NRA and they have, unfortunately in my view, a lot of influence with some folks in state government and are very influential in Republican party politics,” said state Rep. Chris Turner, D-Grand Prairie, who chairs the House Democratic Caucus. “That’s part of the challenge we have to overcome.”

At the same time, leaders in both chambers are working to block municipal policiesdesigned to ensure that workers in certain cities be required to offer paid sick leave to their employees. According to the UT/TT poll, 71 percent of Texas voters support policies requiring sick leave, including 56 percent of Republicans.

But some Republicans take issue with the poll, saying they disagree with how voters were asked about the issue.

“The UT/TT poll never addressed the fundamental question: Should local politicians be telling small businesses how to run their day-to-day operations, creating a patchwork of regulatory costs across the state?” said Alice Claiborne, a spokeswoman for state Sen. Donna Campbell, R-New Braunfels, who authored a bill this session to overturn local policies requiring sick leave.

Still, the disparity between lawmakers and voters on certain issues is striking — to both legislators and political outsiders. And after Democrats made gains in the state in 2018, some predict that politicians will be more reluctant to go against polls in the near future.

“Surely if I were a legislator I would be a little more cautious than I would’ve been two years before,” said Bryan Jones, a government professor and J.J. Pickle Regents Chair in congressional studies at the University of Texas at Austin. “If they’re not, they’re going to lose seats.”

The 2018 midterms, in some ways, shook up the status quo in Texas, Jones added. But whether lawmakers pay these polls any mind boils down to whether they think the midterms were a fluke or a trend.

And Republican lawmakers said there are plenty of issues on which they see eye-to-eye with the public. According to the poll, property taxes, school finance and teacher pay all topped Texans’ lists of what they want lawmakers to focus on for the next few months. Those are the same stated priorities of the state’s Republican leadership.

Still, political strategists say it would be in lawmakers’ best interest to pay attention to polling, since the numbers could tell a legislator if they’ll be politically vulnerable come primary season.

“The riskiest place to be is to actively oppose an issue that has really broad support,” said Matt Mackowiak, a longtime Republican political consultant. “I don’t think a lot of elected officials look at polling for validation, they look at it for blinking red lights to see where they may be creating problems for themselves.”

And Texas lawmakers saw firsthand what happened when they campaigned on or are the poster child for polarizing issues. The Legislature gaveled in this session with nearly a dozen fewer GOP lawmakers and a handful of ultra-conservative candidates either lost their seats or barely survived election night.

“Last session we were talking about things such as the ‘bathroom bill’ that, frankly, just wasn’t an issue that rose to the top of concern for people in my district,” said Zerwas, who chairs the powerful House Appropriations Committee. “This session I think we’ve tried to remove all those things that could be a distraction so we can address the most important issues.”

Not keeping their focus on those issues, some members warn, could come back to bite.

“Things are shifting in this state and I think people are a little more cognizant of that,” Moody, the El Paso Democrat, said. “Being outfront on an issue won’t necessarily get you elected but being outfront on the wrong issue could certainly get you unelected.”