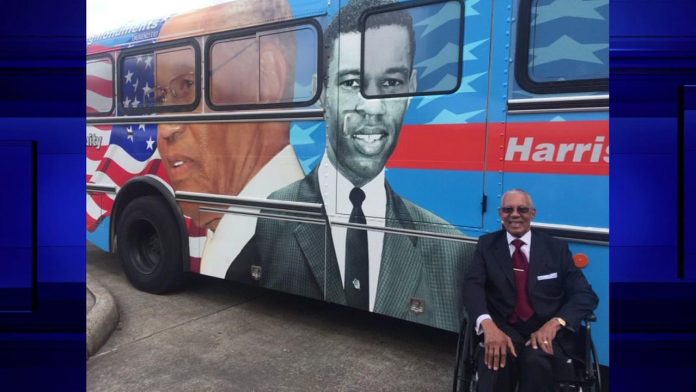 The celebration for Reverend Bill Lawson’s 90th birthday continues as Lawson was honored to see a bus with his image on it Sunday.

The bus was commissioned by Commissioner Rodney Ellis.

“My dad is thrilled,” ABC13’s Melanie Lawson said in a tweet.

Wheeler Avenue Baptist Church also posted a selfie of Reverend Lawson and Reverend Jesse Jackson on their Instagram page as they worshipped in church today.

A founding father of Wheeler Avenue in 1962, Reverend Lawson became a significant player in the battle to end segregation in Houston.

Lawson told Eyewitness News his proudest achievements are his four children, including our own ABC13 family member, Melanie Lawson.