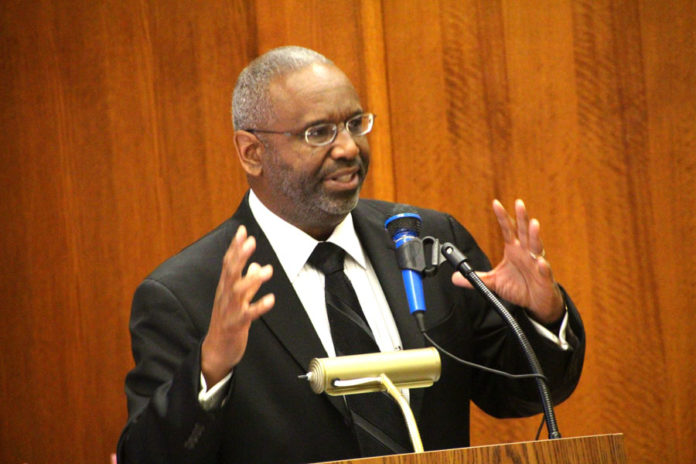 Saying the time has come to “focus on other things,” Prairie View A&M President George Wright announced Tuesday that he is stepping down.

The leader of the historically black university said he will leave his job after 14 years as soon as an interim replacement is found. The school didn’t immediately give a timeframe for when that will happen.

“I have decided that this is a good time because we have just put the last legislative session behind us, and we are at a point where a transition in leadership will have the least disruption on our school,” he said in a statement.

Wright, a professor of African-American studies, said he will return to Prairie View’s faculty once his interim successor is found.

What I plan to do is focus more on my research, which requires more travel and attention than I can give it in my current role,” he said.

Wright oversaw the university during a time of significant growth. Under his watch, enrollment climbed nearly 40 percent to about 9,000. It added several doctoral programs, opened a degree program in Northwest Houston, created an honors college and built a new football stadium.

“He touched a generation of students and faculty, and he changed lives for the better,” Texas A&M University System Chancellor John Sharp said in a written statement. “He is to be commended, and we will miss him greatly.”