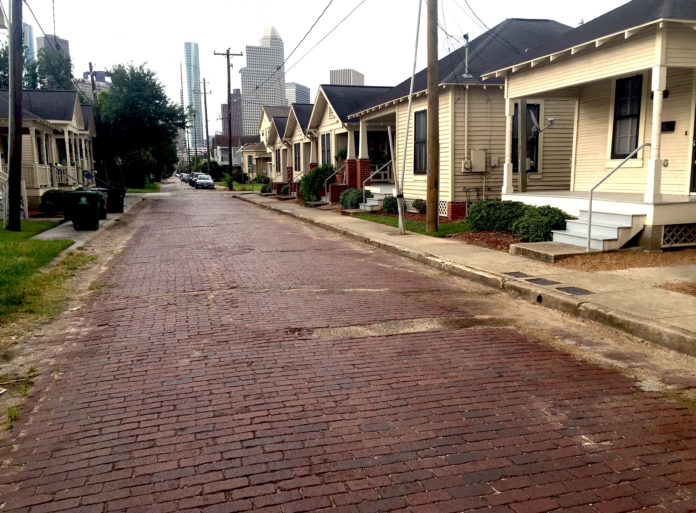 This morning a city contractor working on an ongoing drainage improvement project along Genesee in the 4th Ward excavated a portion of the intersection at Andrews St. beyond the authorized limits of the project. The contractor was preparing the area for a new foundation for the reinstallation of historic bricks.

The contractor encountered a previously unknown concrete slab. When he attempted to remove the slab with a backhoe, he did not realize that the slab extended beyond the authorized limit of the project. When the slab was moved, an area of bricks approximately six feet long by ten feet wide was inadvertently disturbed on Andrews St.

An observant neighbor brought this to the attention of the backhoe operator, this unauthorized work was stopped and the contractor’s superintendent notified the city staff.

The contractor began hand stacking the bricks to preserve them in the same manner used approximately nine months ago when the historic bricks were initially removed, cleaned, categorized and stored in crates in a secure facility. Bricks removed this morning will be processed and handled in the same way.

We recognize the important place these bricks hold in the history of our city, and we will continue to work with the community to preserve the historical setting of the area.

This area is not within the boundaries of the Andrews St. project which was the subject of a temporary restraining order.

As with all city projects, the community is encouraged to call 3-1-1 with questions or concerns.