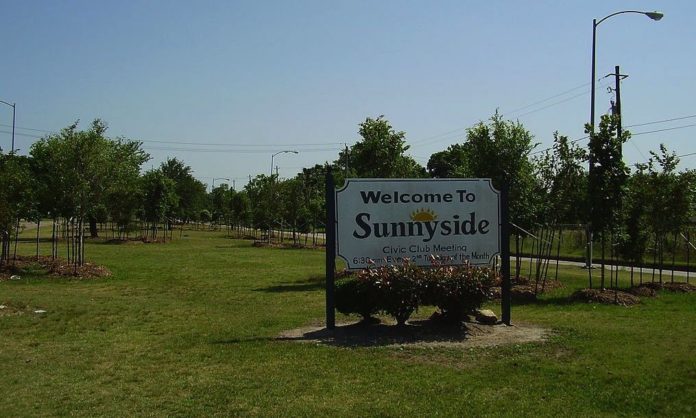 Sunnyside may be getting a makeover, thanks to revitalization efforts from the city. Councilman Dwight Boykins is leading the effort, along with members of the tax increment reinvestment zone (TIRZ) board of directors to improve the Sunnyside neighborhood.

A little over a year ago, Houston City Council Members voted unanimously to approve the creation of the Sunnyside TIRZ #26 that brings in more resources to revitalize the community.

Boykins said he pushed for TIRZ because of Sunnyside’s “lack of infrastructure and economic development, with many residents feeling as though the area has been underserved and overlooked.”

Now that TIRZ has been approved, Boykins has appointed a board of directors to create a financing plan to carry out these local land and residential infrastructure developments.

Deborah Walker, community resident and president of the Sunnyside Civic Club, said she hopes the TIRZ board will not only work with the community but take their thoughts into consideration.

“What a lot of people on the outside of our community like to do–is come in and tell us what our needs are instead of listening to us,” she said. “I would like for the TIRZ board to listen and work with us for the betterment of our community.”

In conjunction with Walker’s sentiments, newly appointed co-chair, John Guess, said the TIRZ board is unique because it’s made up of community people who understand and are mindful of the resident’s needs.

“My role in serving on the board is ensuring the community’s needs are met and seen through,” said Guess. “I’m also over commercial development, and looking to bring more franchises, strip centers, and stores to Sunnyside. This is needed because new developments will bring in more money to the neighborhood.”

Aside from Guess’ suggestions, the first improvements coming to the area consist of an investment of public funds for project costs like the construction of streets such as Bellfort and Sterling, storm drainage improvements, and a $25M rebuild of the Multi-Service and Health Centers.

The new service centers will be rebuilt over the current Sunnyside Park at 3502 Bellfort St., exactly 1.9 miles away from its current existing site on 9314 Cullen Blvd.

This change sparked concerns from residents who believe the new land is too toxic to build on, however, Councilman Boykins assured residents that the area is not hazardous.

“The soil has been tested by a third-party environmental consultant and the report indicated that the land is safe for construction of this type of facility,” he said. “Once the building location is identified within the city park, more soil testing will be conducted.”

The build will begin in early 2017 with an expected construction completion date of Aug. 2019.