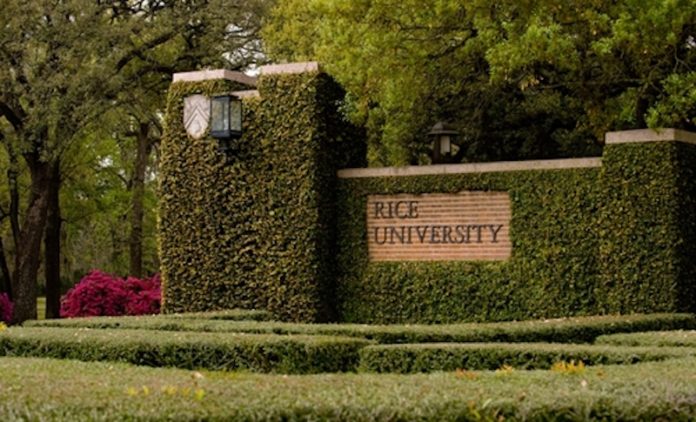 Rice University’s Jones Graduate School of Business has the No. 3 graduate entrepreneurship program in the U.S. (up from No. 6 last year), according to rankings announced today by the Princeton Review and Entrepreneur magazine. This marks the Jones School’s highest ranking and the eighth year in a row the school has been ranked as a top 10 graduate program in entrepreneurship, one of only three schools to be consistently among the top 10 for that period.

The 2016 ranking was based on a survey from May through August of more than 300 schools offering programs in entrepreneurship studies. The 60-question survey looked at each school’s commitment to entrepreneurship education inside and outside the classroom. More than three-dozen data points were analyzed for the rankings.

Among them were the percentage of faculty, students and alumni actively and successfully involved in entrepreneurial endeavors, the number and reach of mentorship programs, and funding for scholarships and grants for entrepreneurial studies and projects. The survey results will be published in the December issue of Entrepreneur magazine.

The Jones School’s strong commitment to entrepreneurship was reinforced by the launch of the Rice Entrepreneurship Initiative in fall 2015 as a cross-disciplinary initiative to provide students from across the university with skills and knowledge to succeed in a world where entrepreneurial capabilities are increasingly critical for meaningful and influential careers. The initiative is led by Yael Hochberg, the Ralph S. O’Connor Associate Professor of Finance and Entrepreneurship at the Jones School, who is considered one of the foremost experts on accelerator programs and serves as managing director of the annual Seed Accelerator Rankings Project.

The Jones School’s entrepreneurship program was founded in 1978 by nationally recognized faculty led by Al Napier and Edward Williams. The school offers more than 30 courses taught by professors with significant entrepreneurial experience.

The Rice Alliance for Technology and Entrepreneurship, led by managing director Brad Burke, hosts the world’s largest and richest student startup competition, the Rice Business Plan Competition, and has been a global leader in the creation and commercialization of new products and technologies since its founding in 2000. Burke is also executive director of the Global Consortium of Entrepreneurship Centers, which represents more than 225 university entrepreneurship programs and is housed at Rice.

OwlSpark, the Rice student startup accelerator founded in 2013, offers a summer program that provides teams of students and recent alumni with the funding, space, industrial and academic mentorship and networking opportunities required to launch their companies. OwlSpark is managed by Kerri Smith from the Rice Alliance, who also leads Rice’s partnership with the University of Texas and Texas A&M in launching the Southwest NSF I-Corps Node in Texas.

The Jones Graduate School Entrepreneurs Organization and Rice Education Entrepreneurship Program are two additional examples of the full complement of innovative programs and opportunities Rice graduate students have to translate ideas into action.