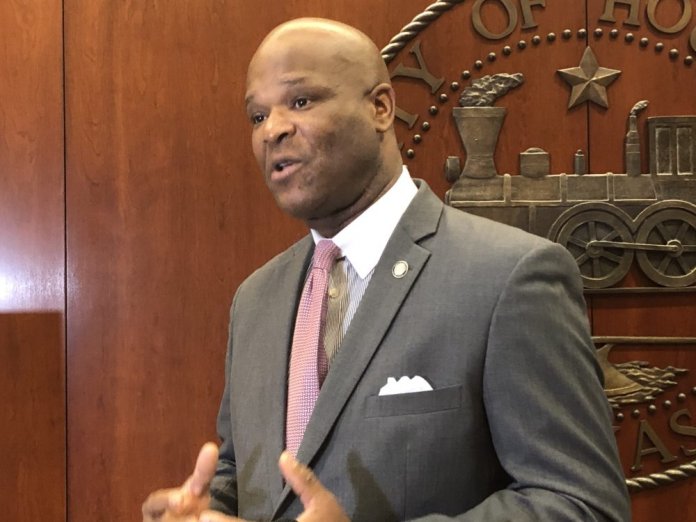 A heated exchange was recorded at a recent event held by the Youth Advocacy Summit between the group and Houston mayoral candidate Dwight Boykins, who is also a City Council member.

While he was there, he spoke to student attendees. Students said they were outraged over what they say were inappropriate comments made to them by Boykins.

One student reached out to KPRC to express her discomfort regarding comments he made.

“You’ve singled out some of the girls. You told us to keep our legs closed,” one of the female students said to Boykins.

Among the students in attendance was 16-year-old Chloe, who was taken aback by the councilman’s introductory comments.

“It was just not appropriate for a young group of men and woman who are there to talk completely different things,” Chloe said.

Boykins responded on Facebook on Saturday afternoon, stating that he only meant to “inspire” the group of students.

A tweet with a video appeared in the same thread. In it, Boykins can be seen calling an attendee up to the area where he was speaking and pulling her in closely.

An audio recording of the end of the speech was sent to KPRC. In it, students tell Boykins that they were made uncomfortable by some of his comments made at the event such as, “Women should keep their legs closed,” though the full context of the original comment was not given.

“He pulled up another student very, very close to him and gave a hypothetical example and said that if those two were in a sexual relationship, then other guys wouldn’t want to be with the girls, advising women to stay away from this,” the student wrote in an email to KPRC.

Chloe said Boykins’ conversation just kept getting progressively worse, and she says Boykins started giving them examples on how young women should behave by jokingly pretending a 13-year-old was his girlfriend.

“He was holding her side by side and telling her that if she and him were to do something, in the future, that boy won’t want you,” said Chloe.

Following the students’ angry reaction to Boykins, he was heard over the recording apologizing to students.

“Please, that’s really important for me to know that you understand that it wasn’t personal. I was trying to warn you guys of what’s out there,” Boykins said.

Chloe said she and her group of friends want to spread awareness by starting #BoycottBoykins.

“We don’t want him in a position of power or to represent us,” Chloe said.

“Over the course of my career, I have always been plain-spoken and have always spoke from my heart, especially where it involves laying a positive path forward for our youth. That was my sole objective recently when I was asked to speak to a group of students about their future hopes and dreams. During the discussion, I shared my perspective on life and the importance of staying focused while avoiding some of the pitfalls that far too often plague many of our youth, a message I have delivered to groups around the city. My words were met to inspire and I deeply regret the extent to which they caused anyone hurt or discomfort. That was never my intention, and to anyone who may have taken offense by what I said, I apologize.”