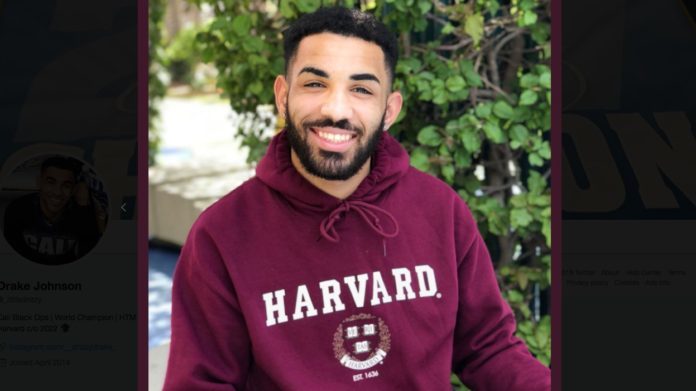 A Black student who tweeted his excitement about getting accepted to Harvard University had a former Texas state official question in disbelief whether he got in based on race or scholarly merit reports Newsweek.

Drake Johnson tweeted a picture of himself in a Harvard sweatshirt, while holding his acceptance letter saying:

George Clayton then decided to interrogate the teen’s brilliance tweeting back:

“Congrats. Were you admitted on merit or quota?” Clayton tweeted.

Taken aback, Johnson said he wasn’t sure just how to respond so he listed some of his achievements.

“Thank you! Valedictorian, ASB President, World Champion, good SAT, and a couple handfuls of other involvements, so I would think merit?” Johnson wrote back.

He told the Dallas News:

“I wanted some subtle way to prove him wrong, but not be aggressive,” the senior said. “I thought that was the best way to civilly defuse the situation and clearly show I was accepted on merit.”

“Why do you care, and why are you asking that particular question to a kid who is clearly of some type of mixed race? That is just so frustrating,” she said. Johnson said he son is bi-racial.

“He’s this kid who really thinks about what he’s doing and saying,” she said.  “He knows how hard he works to get where he’s at. He wants people to understand that that’s why he’s getting what he’s getting, nothing’s being handed to him.”

According to his Twitter bio Clayton is an educator and former Texas state board of education member. He’s currently in the running for a spot on the 2018 board.