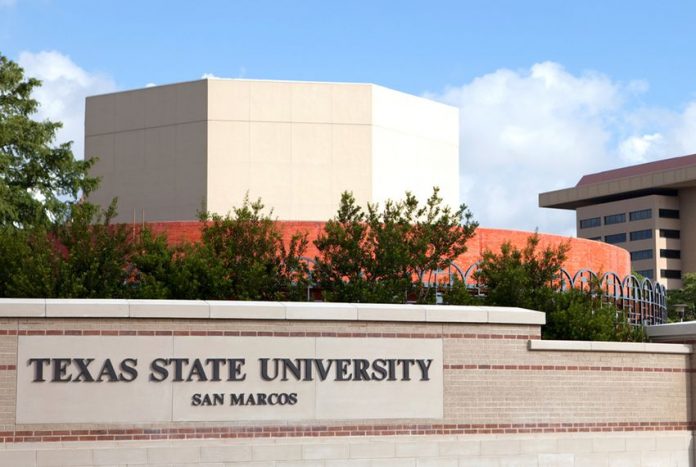 The long early voting line that wrapped around the LBJ Student Center earlier this week was a welcome sign to those at Texas State University who were hoping for strong enthusiasm among young voters on campus.

But with early voting on campus restricted to three days, civil rights attorneys, voting rights advocates and local Democrats are now raising the specter that the hour-and-a-half waits that students faced at the polling location could not only dim student turnout but also violate state and federal law.

In a letter sent to the county Thursday evening, lawyers with the Texas Civil Rights Project — on behalf of two Texas State students, MOVE Texas Action Fund and the League of Women Voters of Hays County — demanded that the county reopen the early voting location on campus and add an Election Day voting site to avoid a lawsuit.

Requesting a response by 12 p.m. Friday, the Texas Civil Rights Project alleged that the county’s decision to limit early voting at the on-campus location was a violation of the U.S. Constitution because it specifically targets a class of voters.

“The burdens imposed by closing the on-campus early voting location fall particularly and disproportionately on the county’s young voters, who are significantly more likely to live on or near campus and are less likely to have easy, immediate access to reliable transportation to vote off-campus,” Beth Stevens, the Texas Civil Right’s Project’s voting rights legal director, wrote.

The Texas Civil Rights Project also claimed the closure of the on-campus polling site violates two portions of the Texas election code — one that limits the number of temporary polling places in a county commissioner’s precinct and another that regulates the number of polling locations that must be set up for each voting precinct.

The county’s Republican-dominated commissioners court, which is charged with establishing the county’s early voting locations, approved the polling location at the LBJ Student Center as a temporary site that would operate from 11 a.m. to 7 p.m. during the first three days of early voting, which started Monday.

The on-campus polling location has served as a temporary site — and not one that is open during the entirety of the two-week early voting period — since it was first established, Hays County Elections Administrator Jennifer Anderson noted in an email Wednesday evening.

She acknowledged that the county’s student population seemed to have become “more active in our elections process” and that the on-campus polling location had been particularly busy this year. But that hasn’t been unique to the Texas State location, Anderson said.

“We have encountered long lines and wait times everywhere in the county,” she wrote. “Voting numbers at Texas State are running parallel with other polling sites.”

Anderson did not immediately respond to a request for comment regarding the Texas Civil Rights Project’s demand letter, though she previously said that the commissioners court was “looking into the process to see” if a request to expand early voting on-campus could be “accommodated.”

Several groups, including members of Texas State’s College Democrats chapter, have already urged the county’s commissioners court to consider extending hours at the polling location on campus. On Wednesday, U.S. Rep. Lloyd Doggett, a Democrat who represents the area, and local Democratic candidates also asked the commissioners to extend hours on-campus, saying they were concerned that the extended wait times were “suppressing the vote.”

The county’s four commissioners did not respond to requests for comment that were sent Thursday before the demand letter was delivered. The county judge who presides over the court is out on medical leave for the remainder of his term, according to this office. The commissioners court is set to meet next Tuesday.

Meanwhile, students at the University of Houston and Rice University — both in Harris County — and University of North Texas in Denton will only have access to on-campus voting on Election Day.

Texas has a long history of clashing with students over voting rights. In a 1979 voting rights case that went to the U.S. Supreme Court, the court affirmed Prairie View A&M University students’ rights to register to vote at their college address even though county officials claimed the students were not residents.

Prairie View A&M students scored another electoral victory on Thursday when Waller County announced it would expand early voting in the city. That decision came two days after students there sued the county over allegations that the county is suppressing the voting rights of black residents.