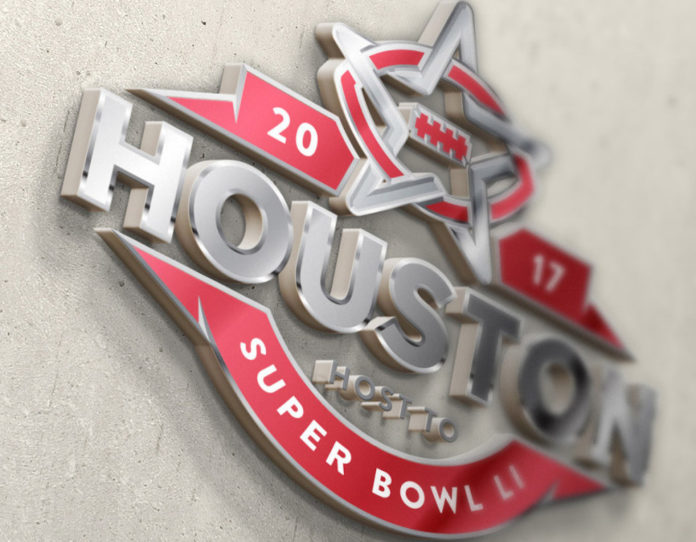 Though Super Bowl LI is a little over three months away, the Houston Super Bowl Committee has been hard at work for over a year now, making preparations for the February 5th game, and leaving an impact upon the city’s business, education, and non-profit communities. And there are several Blacks in key positions making sure this impact hits minority communities.

For Houston native Kevin Cooper, the Committee’s senior director of media relations, Super Bowl LI will be the ninth he’s worked. Cooper believes the most important impact the game can have on his hometown is to spotlight its diversity and position as “the city of the future.”

“We have a very diverse staff with expertise to represent the city well,” Cooper said. “Business Connect, a minority-based program, allows minority, women-owned, LGBT, and disabled veteran-owned businesses to sign up and have contracts and get business with the Super Bowl.”

Cooper said the program started with 1,800 potential businesses that were eventually whittled down to just over 400 with the opportunity to enhance themselves through associations and clients gained through Super Bowl LI efforts.

According to Cooper, the HSBC’s outreach extends beyond businesses.

“We’ve reached out to Texas Southern University to make sure they are going to be involved, with several of our interns from TSU. The mother of former Texan Andre Johnson will host a big football camp at TSU before the Super Bowl. We’ve done community service at Pro-Vision, whose founder Roynell Young played in the Super Bowl as a defensive back with the Philadelphia Eagles in 1981. As a product of Jack Yates, it’s important for me to do right by my city.”

Doing right, according to Cooper and other members of the HSBC means recognizing that since everyone in Houston can’t go to the Super Bowl, we will bring the Super Bowl to them. HSBC Director, Community Relations LaMecia Butler plays a major role in making this happen. Her responsibilities are three-fold: overseeing the HSBC’s Hire Diversity Program, which includes Business Connect and other capacity-building programs for local businesses; Touchdown Houston, the Committee’s charitable giving program; and almost any other points of contact with the eleven counties in and around Houston.

“Right now we’re in that match-making process where contractors are looking for suppliers and they’re using the Business Connect resource guide, which has a publicly available data base that is free and open to the public,” Butler said.

Besides positioning these Houston-area businesses to profit from Super Bowl-related businesses, Butler also oversees Playbook for Success workshops that seek to set participants up for future success long after the Super Bowl has been played.

“We’ve committed to giving $4 million out in the local community and we’re working with non-profits,” Butler said. The Committee works with Greater Houston Community Foundations to determine which applicants received funding. However, like Business Connect participation, this application process is also closed, as is the Committee’s efforts to find Super Bowl LI volunteers.

Though volunteer sign-ups have been closed, the impact these volunteers will have on the city will certainly be felt throughout the Super Bowl season, and well beyond.

Asiah Coleman, coordinator of the HSBC’s volunteer efforts, said the HSBC is recruiting 10,000 volunteers to be the face of Houston, placed in several places—Discovery Green, George R. Brown, Airports, Galleria Area, etc.—to be way-finders for the anticipated one million-plus Super Bowl visitors.

“We’ve been interviewing volunteers since August 22,” said Coleman, about the process that concluded October 8th. We’re still accepting applicants but will be going to a wait list soon,” Coleman added, suggesting those interested visit the HSBC website (www.housuperbowl.com) and apply immediately.

HSBC members Barbara Wiggins and Ashley Matthews, who deal with planning, logistics and partnership managing respectively bring the same level of commitment to their various tasks.

Matthews works with big-spending, deep-pocket companies designated as founding sponsors and preferred partners, as well as other entities seeking to brand themselves and the Super Bowl. Wiggins is the behind-the-scenes mastermind tasked with making sure every event detail regarding transportation, security, emergency care, and others, have clear plans of action.

Wiggins’ and Matthews’ differing roles are symbolic for the wide range of responsibilities that are in the hands of the Committee’s African-American members.

Hastings Stewart’s role as Executive VP, Public Affairs, however, shows how the Committee has many overlapping parts, as well. Like Cooper and Butler, Stewart’s major tasks take him and his team members out of the HSBC’s downtown office and face-to-face with media, civic leaders, educators, and faith leaders.

“We are oftentimes the groups that are going out and talking to the various parts of the Greater Houston region about all that they can expect to experience,” Stewart stated. “Every possible way we can engage Houston, that’s what my team is responsible for doing.”

For Cooper, the HSBC’s work all comes back to the impact they leave behind. Fittingly, the program he spoke of most was the Legacy Leaders initiative where nine predominantly Black youth were exposed to sports careers beyond being an athlete and the importance of community service.

“The Legacy piece is very important because if you can inspire a kid to say, ‘I want to do better for our community, our future,’ well that’s a lasting legacy.”