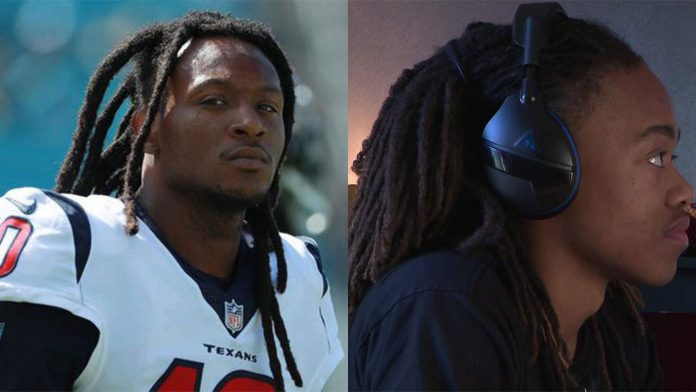 Houston Texans’ star DeAndre Hopkins showed his support for a Barbers Hills High School student who was suspended last week over the length of his dreadlocks.

Hopkins, who also has dreadlocks, tweeted his support of Deandre Arnold, the teen in the middle of the controversy.

Arnold has been described as a good student and for years, always been compliant with the school’s dress code. But recently, Arnold was sent to in-school suspension and told he couldn’t walk during graduation until his dreadlocks are cut short to meet the district’s revised policy. The policy was changed after Christmas break and three months before graduation. Arnold said his refusal to cut his hair is due to his Trinidadian background.

Arnold’s family said they tried to engage the board into a conversation multiple times but the board chose not to place the topic on the upcoming agendas for further discussion.

“We do have a community-supported hair length policy & have had for decades. Barbers Hill is a state leader with high expectations in all areas!”