DefenderNetwork.com
Home NEWS Local & State Is Texas handing over my voting info to the federal government? 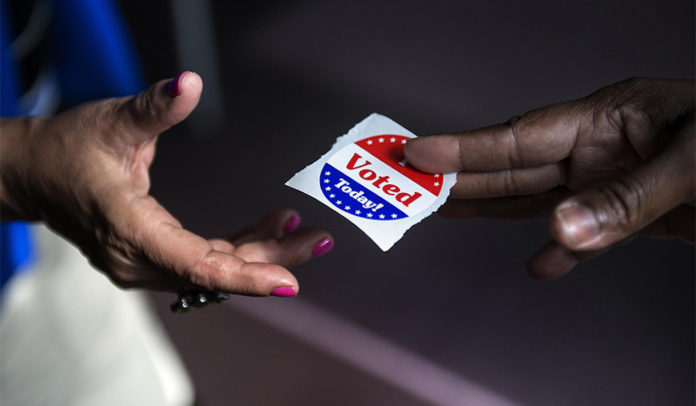 Texas plans to hand over some data requested, but not all of it.

But before we dive into the details, let’s first understand who’s asking for the data. That’s the federal “Election Integrity Commission,” assembled by President Donald Trump, who has claimed — thus far without evidence — that millions of people voted illegally (and presumably against him) in the 2016 election.

Election experts call proven cases of voter fraud incredibly rare, and civil rights groups fear Trump’s commission — chaired by Vice President Mike Pence and vice-chaired by Kansas Secretary of State Kris Kobach, who has championed some of the nation’s strictest voting and anti-immigrant laws — will throw up roadblocks to voting in the name of fraud prevention. But the White House told The Texas Tribune that Trump, using the commission, “wants to ensure that the integrity of all elections, which are the cornerstone of our democracy, is preserved.”

What data did the commission request?

Kobach this week sent letters to every secretary of state across the U.S. requesting a wide range of data “in order for the commission to fully analyze vulnerabilities and issues related to voter registration and voting.”

The request had a caveat. Kobach asked for the data “if publicly available under the laws of your state.”

The letter also asked secretaries of state to share their views and recommendations on how to bolster the integrity of elections.

Several states — including those led by Republicans and Democrats — have outright refused to hand over any data, some in colorful language. Take the response of Mississippi Secretary of State Delbert Hosemann, a Republican: “My reply would be: They can go jump in the Gulf of Mexico, and Mississippi is a great state to launch from. Mississippi residents should celebrate Independence Day and our state’s right to protect the privacy of our citizens by conducting our own electoral processes.”

Kobach’s own state was among those that said it couldn’t share some categories of information — social security numbers, in Kansas’ case — under state law.

Trump is not happy about the resistance. He tweeted Saturday: “Numerous states are refusing to give information to the very distinguished VOTER FRAUD PANEL. What are they trying to hide?”

Numerous states are refusing to give information to the very distinguished VOTER FRAUD PANEL. What are they trying to hide?

Is anything forcing states to comply?

No. Kobach has acknowledged that his panel has no authority to compel states to hand over the data. “It’s simply an ask,” he told NPR Friday.

So what does Texas say?

Texas Secretary of State Rolando Pablos said he plans to respond to the request, but it’s not entirely clear how much data he’ll be handing over.

Pablos said his agency would treat Kobach’s letter like any other public information request, and would only hand over information that’s considered public under Texas law.

“The Secretary of State’s office will provide the Election Integrity Commission with public information and will protect the private information of Texas citizens while working to maintain the security and integrity of our state’s elections system,” Pablos said in a statement. “As always, my office will continue to exercise the utmost care whenever sensitive voter information is required to be released by state or federal law.”

Sam Taylor, a spokesman for Pablos, said the agency is still combing through data to see what’s public and whether his agency needs to redact anything in the information it’s working over.

A review of the state’s public records law should give us some clues.

What voting data is public in Texas?

Lots of voting data is public here — probably more than most Texans realize. Political campaigns and others frequently request publicly available voter rolls to help them understand their candidate’s territory and target constituents.

Though Taylor couldn’t immediately detail what information Texas would send Kobach, he confirmed that the categories listed in the agency’s public information request form are available to anyone who asks — generally at a cost. That includes: full names, dates of birth and registration, home and mailing addresses, dates of elections voted in and voting methods.

The data would not identify a voter’s party affiliation, but it would list party primaries he or she voted in. The data also includes a “Hispanic surname flag.”

Though listed as available on the Secretary of State’s request form, there are questions about how the agency might handle voters’ birth dates going forward.

Texas had long considered those public in a variety of contexts (including in voter rolls). In 2015, however, the state’s Third Court of Appeals ruled in a Dallas case that the birth dates of certain private citizens must be withheld from public disclosure. “Consequently, dates of birth of members of the public are generally protected under common-law privacy,” according to the Texas Attorney General’s 2016 “Public Information Handbook.”

Why are some folks concerned about the data request?

Critics are pushing back for a variety of reasons, including assertions of states rights, individual privacy concerns, questions about how Trump’s commission would use the data and whether a huge national dataset would be secure from unsavory characters.

Kobach’s “extensive record of illegal voter disenfranchisement in Kansas gives me great pause about how this information will be used,” she wrote.

Justin Levitt, an election expert at Loyola Law School, is among those raising questions about the specific types of data the commission is seeking. For example: “I have deep concerns about his request for partisan affiliation data. I have absolutely no idea what the legitimate use of that data is,” he said. “Trying to see who’s eligible and who’s not – partisan data does not matter.”

Kobach says he wants to match state voter rolls against Social Security Administration data and citizenship databases and told NPR the data he’s requesting is “not sensitive information at all.”

Levitt pointed out that Texas prohibits the use of this type of public voting data for commercial purposes, but once it was handed over to the commission, it would presumably be accessible to anyone — without them having to sign a form promising to only use it for non-commercial purposes.

“Voluntarily sharing this information instantly guts the use distinction,” Levitt said. “What [requesters are] going to say is, I didn’t get it from Texas, I got it from the federal commission.”