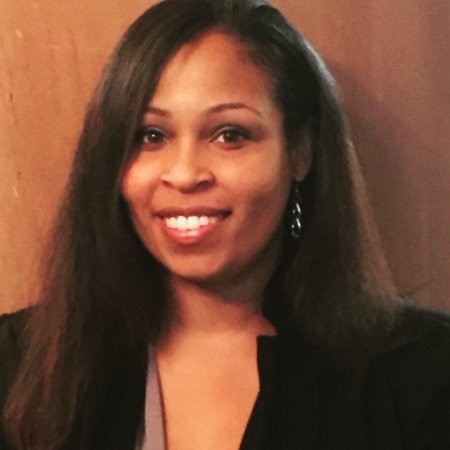 The Baylor College of Medicine’s neurosurgeon residency has been established as an accredited program since 1958, but it wasn’t until 61 years later that a Black woman completed the program.

Dr. Venita Simpson became the first to do so at the Texas institution recently, according to Because of Them We Can.

The neurosurgery department, which is housed at Baylor St. Luke’s Medical Center, is one of Baylor’s highest-ranked departments in overall scores and in the nation, according to U.S. News & World Report.

Simpson, however, faced a bit of an obstacle in getting into the school once she figured out she wanted to go to medical school.

“When I knew I wanted to go to medical school, my high school guidance counselor told me to be realistic,” the MD told BOTWC. “Even though I had a 4.0 GPA, she recommended another student of privilege for the scholarship I was applying. When I originally applied to Neurosurgery I did not match, but I dug my heels in, got back on the grind and matched the second time around. Never let anyone tell you what you can’t do. God is always in control and has a plan far greater than you imagined if you keep faith.”

Going to medical school has been practically a life-long dream for Simpson, who said her own experience led her down that career path.

“I was inspired to go into medicine since I was 7-years-old after I had surgery,” she recalled. “I was just amazed at all the gadgets in the hospital. I fell in love with Neurosurgery after witnessing Deep Brain Stimulation for Parkinson’s Disease and movement disorders and how life-changing a seamless placement of electrodes in the brain could alter and enhance someone’s life.”

And although Simpson made history at Baylor, it was two other Black surgeons who made history before her who helped pave the way for the Texas transplant to follow in their footsteps.

But Simpson, who is a lieutenant commander in the Navy, where she’s served since 2006, remains inspired by Canady, as well as current HUD Secretary Dr. Ben Carson. While he currently heads the Department of Housing and Urban Development, he made history in 1987 when he performed the firstsuccessful surgery to separate conjoined twins who were connected at the back of the head.

“I met Dr. Ben Carson several times while I was a medical student at Georgetown, and he was still staff at John Hopkins,” Simpson said. “He gave me a great deal of inspiration, but moreover Dr. Alexa Canady resonated with me more so because not only was she Black, she was a woman. In a field dominated by white men it can be intimidating, but she persevered and I definitely have pulled strength from her.”

Since Simpson completed her seven-year residency at Baylor, she’s also wrapped her Enfolded Complex Spine Fellowship this year, BOTWC reported. Next, she’ll go east to Portsmouth, Virginia, and remain in the Navy to practice neurosurgery.