About 1,000 hot Texas prisoners might soon be moving to cooler accommodations.

As part of a court order, Texas submitted a plan Thursday to move about 1,000 medically sensitive inmates from the Pack Unit southeast of College Station, which is not air conditioned, to other state jails and prisons that do have air conditioning. The plan came after a federal judge ordered air conditioning for the inmates in a scathing ruling against the Texas Department of Criminal Justice in July.

Almost 75 percent of Texas prisons and state jails have no air conditioning in the inmates’ living areas, and at some prisons, like the Pack Unit, temperatures regularly get above 100 degrees, according to the ruling. An ongoing class-action lawsuit filed by prisoners at the Pack Unit points to at least 23 heat-related deaths in Texas prisons since 1998 and claims temperatures at the prison constitute cruel and unusual punishment. The inmates argue housing should be kept at a maximum of 88 degrees.

Last month after an emergency injunction hearing, U.S. District Judge Keith Ellison agreed the temperatures were unconstitutional and ordered air conditioning for inmates who are more prone to heat-related illnesses, such as those with heart problems or taking anti-psychotics that impair the body’s natural cooling system. The ruling is only valid through October as the underlying lawsuit remains in appellate court.

The state has argued it already does enough to counter hot temperatures without providing air conditioning, such as by allowing each inmate to have a personal fan and providing unlimited ice water and allowing inmates to spend time in air-conditioned “respite” areas, such as the barbershop. Texas has also said the cost to install air conditioning in the prison’s housing area would be an “undue burden” on the state, according to a court filing.

Ellison said other methods of heat relief could possibly work for healthy, young inmates, but not for all. He downplayed the money argument, saying cost is never an excuse for unconstitutional practices and determining the state expert’s estimate of $1.2 million to provide air-conditioning at the prison this summer was “too high.” The inmates’ expert’s price of $110,000 was “closer to the actual amount,” he said. Ellison also pointed out that his ruling wasn’t ordering cooling for the entire prison or even the areas where the medically sensitive prisoners are currently housed.

Texas took the option to move inmates, with a plan for about 500 to transfer to the Diboll Correctional Center and about 425 going to the Travis State Jail in Austin, according to the proposal. Some prisoners that need more medical attention are set to go to a medical unit in Beaumont. All of these units are already air-conditioned in the housing areas.

“Other options were considered but determined not to be practical or their effectiveness could not be guaranteed,” TDCJ said in a statement after the proposal was filed. “… Adding temporary air conditioning in a prison not built for AC would be costly and it’s unknown whether untested equipment would bring the heat index to a level required by the court.”

The state said the inmates would be able to be moved safely and securely within two to three weeks after the court approves the proposal. In its statement, TDCJ said the transfer, however, is “not sustainable in the long term because of the lack of required infrastructure.”

Aside from housing these prisoners in air-conditioned areas kept below 88 degrees, the ruling also ordered window screens for all dormitories to allow inmates to open windows without being harassed by insects. Ellison also called for a prison heat wave policy to determine what should be done and when in the event of extreme temperatures and a fix to the prison’s “respite area” program.

“This [respite] program often requires the men at the Pack Unit—a large proportion of whom are older or have mobility impairments—to stand for long periods of time, sometimes with their noses against a wall; sit in silence; or walk from one area of the prison to another as the small respite areas become full,” Ellison wrote.

Texas said for temporary relief, it would tape mesh screens to the outside of the existing metal screens on windows to protect against insects. A new heat wave policy was attached to the proposal, and the state planned to dedicate more space to respite areas within the prison.

“Four classrooms, the education hallway, and the library will allow for a permanent base for respite that can easily accommodate at least 280 inmates at any given time in a single location,” the proposal said.

But in the meantime, the state had 15 days to submit its plan to the Houston-based federal court. A hearing is set next Tuesday for the inmates’ attorneys to respond to the state’s proposal. 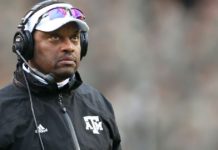 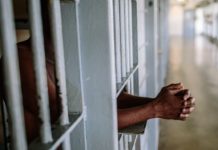