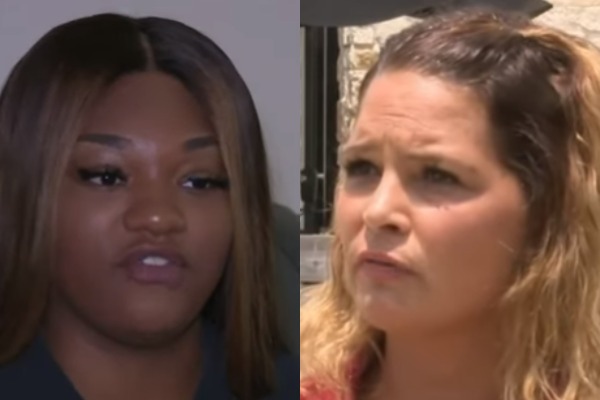 An Italian eatery in Texas is facing backlash after a recent Black college graduate claims she was racially profiled and ordered to leave after speaking out against what she says is the restaurant’s questionable automatic gratuity policy.

Brittany Blakney said she and her friends visited Locatelli’s restaurant in Cypress last Thursday to celebrate her recent graduation from Prairie View A&M University, according to KPRC. All was well until Blakney said a server informed the group he was tacking on a 15 percent gratuity to their dinner bill.

What happened next Blakney said she simply couldn’t believe.

“Basically he said, ‘Black students from Prairie View don’t tip,’” she told the station. “It was really shocking because I had never experienced anything like that before.”

Blakney said she reported the incident to a manager, who only defended the server and then booted her from the restaurant.

“It was definitely embarrassing because she even threatened to call the police,” Blakney said of the incident. “Nobody was belligerent. Nobody was loud … cursing at her … anything.”

Kerrie Salazar, the general manager at Locatelli’s, told KPRC the incident wasn’t about race but out of concern that Blakney and her friends wouldn’t tip.

“It’s very frustrating for the servers because that’s the way that they make their income,” Salazar explained.

She insisted the server had a right to add the 15 percent gratuity to the party of six, although she acknowledged the policy isn’t always enforced. Salazar said Blakney insulted her while voicing her concerns over the matter, and began using foul language in front of the other patrons.

“I just realized that the situation was not going to be defused unless I asked her to simply leave the restaurant.”

IRS rules say automatic gratuities are service charges that the restaurant is entitled to keep some or all of, unlike tips. Any distribution of this restaurant income to employees is considered wages paid for tax purposes.