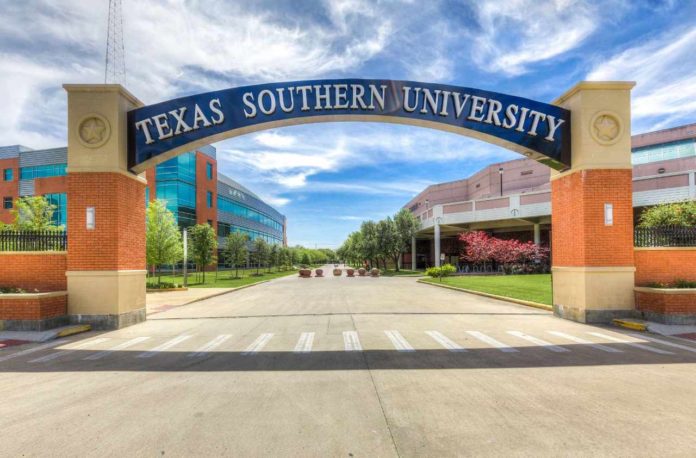 More than 800 people signed a petition to protest Texas Southern University’s decision to invite Cornyn, the Senate’s second-ranking Republican, to speak at its Saturday commencement ceremony. On Friday, the Houston Chronicle reported that the speech was off.

“Every consideration is made to ensure that our student’s graduation day is a celebratory occasion and one they will remember positively for years to come,” the university said in a statement posted on Facebook. “We asked Senator Cornyn to instead visit with our students again at a future date in order to keep the focus on graduates and their families.”

Cornyn aides told the Chronicle that the senator “respects the Administration’s decision and looks forward to continuing to engage with the University in the future.”

Rebecca Trevino, the student who started the online petition, wrote that having Cornyn speak at TSU would be an insult to all historically black colleges and universities. The petition notes Cornyn’s support for DeVos and Attorney General Jeff Sessions, his voting record in favor of voter ID laws, his opposition to sanctuary cities, and his criticism of the late Supreme Court Justice Thurgood Marshall, after whom TSU’s law school is named.

“This is our graduation,” Trevino wrote. “We have the right to decide if we want to refuse to sit and listen to the words of a politician who chooses to use his political power in ways that continually harm marginalized and oppressed people.”

A similar petition followed Bethune-Cookman University’s announcement that DeVos ― who has made controversial comments about HBCUs ― would be the commencement keynote speaker. Protesters say they gathered 50,000 signatures to stop the speech at the school in Daytona Beach, Florida.

DeVos ultimately gave the keynote address on Wednesday, but students in the audience turned their backs and repeatedly interrupted her with loud booing.

TSU did not immediately respond to a question about whether DeVos’ reception at Bethune-Cookman influenced TSU’s decision to cancel Cornyn’s speech.

According to TSU’s calendar, U.S. Reps. Al Green and Sheila Jackson Lee, both Texas Democrats, will give presentations at the school’s commencement.