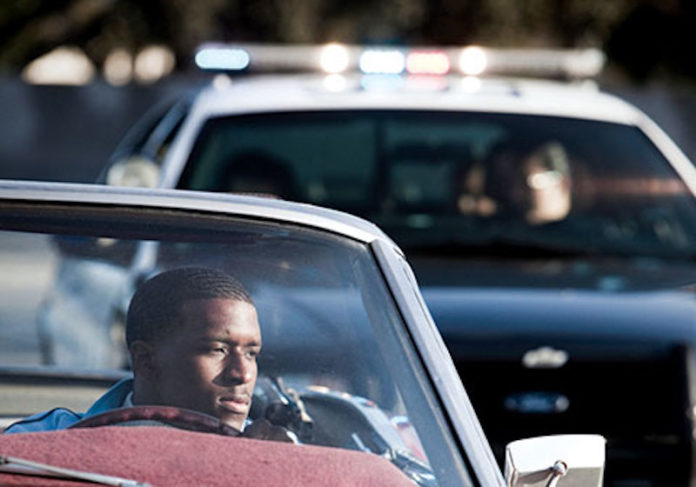 BY JOHNATHAN SILVER AND ALIYYA SWABY

A minister, activist, lawyer and police officer walk into a high school classroom…

Texas’ top criminal justice lawmakers are considering sending community leaders into public schools to teach ninth graders how to interact with police. They tout the proposal as a way to increase public safety, but critics question whether such instruction would be effective.

Last year, Sen. John Whitmire, D-Houston, introduced legislation that would teach ninth graders about the rights, responsibilities and “proper behavior” of civilians and law enforcement when the two interact.

“You should not escalate things. If you have a disagreement with the officer, go to Internal Affairs. How many people know how to do that?” said Whitmire, chairman of the Senate Criminal Justice Committee. “If people understand where the other parties are coming from — I think that students ought to learn that officers are scared too.”

The legislation follows years of deadly encounters between law enforcement and civilians nationwide — including Sandra Bland, an Illinois woman arrested in Waller County after a traffic stop whose videotaped argument with an officer became national news after she was found hanged to death in her jail cell three days later.

This kind of instruction is not the state’s business, said Margaret Haule, co-founder of the Black Lives Matter Austin chapter.

“The State Board of Education needs to focus on education, not police encounters,” she said. “That’s already covered in driver’s ed.”

Whitmire is working with Rep. Garnet Coleman, D-Houston, who will carry the bill in the Texas House, and Sen. Royce West, D-Dallas, who said he wants students to attend the lessons as a condition of graduating and to include similar material in the state driver’s exam.

Coleman wants any lessons to contain some American history, including how some police were used to enforce “Jim Crow” laws after slavery was abolished.

“It has to be a higher level than teaching students to say ‘yes, sir’ and ‘yes, ma’am,'” he said. “Parents still have the ultimate responsibility to educate their children about the world. It belongs to the parents. I think that the concern is that there aren’t parents doing that anymore.”

Brandelyn Flunder, a recent transplant to Manor, said she wants her 14-year-old black son, who is “not a small kid,” to have safe interactions with police officers — but she doesn’t think he should be required to learn that in school.

“My black son interacting with police would be different than another person, a typical white person,” she said, adding that she also wants to see a bill requiring police officers to confront their implicit racial biases.

“I’m skeptical about what he can do to make the interaction better when he’s not likely to be the one escalating the situation,” she said.

Flunder said she and the teen’s father haven’t had frank conversations with him about interacting with police, but they don’t let their son go many places alone. They are struggling with the tension between not wanting their son to live in fear and wanting him to know his race could change the way officers respond to him, Flunder said.

“You’re just not going to win the argument on the street with law enforcement,” he said. “So we need to prepare ahead of time how we’re going to exercise our rights.”

Stephanie Stoebe, a teacher at Teravista Elementary in Round Rock ISD, said students should be learning how to have respectful interactions with police from their parents at home.

“The parent is the first teacher. Parents need to start sending their child to school with the attitude, ‘In our families, we respect police officers,’” she said.

If that job is transferred to schools, teachers can weave lessons into their social studies and English curricula showing students the need to respect police officers and engage with them positively, she said.

But requiring ninth graders to take the class would be logistically difficult and take the place of high-level classes required for graduation and college, she said.

High school lessons might not make a dent in a “fundamental misunderstanding between officers and drivers” about the rights they have, said Kathy Mitchell, a policy advocate with the Texas Criminal Justice Coalition.

Things like that need to be spelled out for Texas drivers to hopefully “create an atmosphere or politeness and respect,” Mitchell said.

The Texas Driver Handbook offers a few directions: Move to the side of the road; turn off the car; stay inside; follow the officer’s instructions; tell passengers not to exit unless told to do so; and safely and properly get back onto the road when cleared by the officer.

West said he wants future drivers to also understand what rights they have and how to go about filing complaints.

“If we put it in the driver’s license manual and make sure a part of the test covers that content, we hope we can better inform citizens of what they should and shouldn’t do during traffic stops, and what their rights are and how to make certain they avail themselves of their rights,” he said.

Schools in some parts of the country already teach students about police interactions. In New York City, the Civil Liberties Union teaches students to remain silent, not to consent to searches and how to file a complaint. In Chicago, public schools use a graphic poster book featuring celebrities that explains what to do during a traffic stop, while Illinois recently required all driver’s education courses to teach about police interactions.