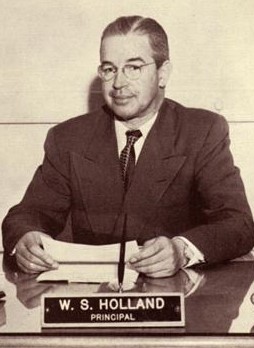 In observance of Black History Month, the Defender presents condensed profiles of five African-Americans who left legacies in education. They are featured in-depth in the Texas Trailblazer Series edited by Patricia Smith Prather and the late Bob Lee.

Two brothers were among the early leaders of Prairie View Normal and Industrial College.  Professor E. H. Anderson served as the second principal of the college and when he died in 1884 he was succeeded by his brother, L. C. Anderson. Both were graduates of Fisk University in Nashville.

When L. C. took the baton, he had been running alongside his brother as his assistant so he had a head start.  That same year L. C. became a major force in the formation of the Colored Teachers State Association of Texas.  The organizing meeting was held on the campus of Prairie View and L. C. was elected as the first president.

As principal and one of the state top educators, L. C. Anderson had a full agenda.  A major concern during his early tenure was the mission of the college. Anderson began adding industrial education courses and the school grew under his direction.

Anderson later accepted the job as principal of the high school in Austin named for his brother, E. H. Anderson.  His influence was so great that the school name was changed to L. C. Anderson High School.  In 1935, Prairie View also honored him by dedicating Anderson Hall.

As president of Tillotson College in 1930, Mary Elizabeth Branch became the first of her gender to hold such a position in Texas. When she arrived in Austin, she joined a very small club of Black women, including Mary McLeod Bethune who founded Bethune-Cookman College in Florida.

One of the first things she did was initiate a five-year plan for Tillotson. Paramount was the need to attract more students and to improve the library.  A key factor in Branch’s success toward improving Tillotson was her community outreach.

She established a rapport with faculty members at the University of Texas and nearby Samuel Huston as well as with public school administrators and teachers.

Although not a native Texan, Branch laid a foundation for women administrators as the first African-American woman to serve as a college president in Texas.  She also served as president of the Austin Chapter of the NAACP.

She led her institution in becoming one of the first to join Frederick W. Patterson, president of Tuskegee, when he founded the United Negro College Fund in 1943.

She was a member of the Texas Interracial Commission formed to improve race relations.  Her other involvement included Alpha Kappa Alpha Sorority.

One of her visions that came to pass after her death and was the merging of Tillotson with Samuel Huston College, now Huston-Tillotson University.  A building on the campus, located not far from the state’s capitol, is named her honor.

William S. Holland became the coach at Jack Yates High School in 1927 and one of the pioneer African-American coaches in HISD.

He led the Yates sports teams in many battles. Perhaps the sweetest victories were when his team won football games against Wheatley High School.  The rivalry between the two Houston schools became legendary and every Thanksgiving, thousands of fans would attend the Wheatley-Yates Football Classic.

In 1940, he was promoted to principal and had helped Yates become widely known for both academic and athletic excellence.

Holland became one of the most outspoken critics of unequal education in Houston during days when defying the school board meant almost automatic expulsion from the system.  He was in the forefront of the fight to get Black teachers’ pay equal to that of white teachers.  He fought for Black students to have new books and supplies equal to that of white students.  He even had to fight to get Black marching bands a rightful place in parades – not behind the horses whose manure soiled their shined shoes and crisp uniforms.

In 1958, when Yates moved to a new school building, Holland was not named principal. This was loudly protested by parents, students and activists who picketed the HISD administration building.

Holland remained principal at the old school, which became the James D. Ryan Junior High School.  He remained in that position until his retirement in 1974. His contributions to education were recognized when Holland Middle School was dedicated in Houston.

Charlton-Pollard High School in Beaumont was legend among Texas African-American schools. The school was named for two Beaumont educators.  One, Professor T. T. Pollard, began his career in 1889 in a dilapidated, one-room structure in Beaumont.  He was the only teacher.

With the aid of parents and friends, Pollard improved that first little school, beautified the campus with trees, flowers and shrubbery and added extracurricular activities. Within a span of 20 years, the school expanded to a large frame building with 12 teachers.

Pollard was then appointed supervisor of the Negro Schools of Beaumont – a first in the state of Texas. He brought additional accolades to Beaumont when in 1926 he was elected president of the Colored Teachers State Association of Texas.

Thomas Titus Pollard was born near Conroe and received his early schooling at Willis. He became a pioneer graduate of Prairie View A&M in 1888.

After schools were integrated, Charlton-Pollard High School was closed and the landmark building was bulldozed. But the bulldozers could not destroy the spirit or the memories still alive in the minds of graduates.

As one of the most influential educators in Texas, James D. Ryan Jr. influenced thousands of students during his 50 years as a teacher and principal.

Ryan, who rose from humble beginnings, was born in Navasota. He enrolled at Prairie View, graduating about 1890, and soon began teaching in Houston. He was a member of the first faculty of Houston’s Colored High School when it opened in 1893. He was promoted to principal in 1912.

Ryan served as a board Member of Wiley College in Marshall, Texas and was awarded a master’s degree from that institution.  In 1916, Ryan was elected as the 29 president of the Colored Teachers State Association of Texas and was widely respected throughout the state.

Ryan was a staunch supporter of extra-curricular activities and helped organize the annual Wheatley-Yates Football game. He also supported Houston’s first Junior College for Negroes which was housed in the Yates building before becoming Texas Southern University.

Although they had no children, Ryan and his wife were philanthropists who gave financial aid to college students before scholarships were available.

Ryan was a board member of Emancipation Park and Houston Negro Hospital (now Riverside).  He was also vice president of Watchtower Life Insurance Company and basileus of Omega Psi Phi Fraternity, Houston Chapter.

In 1958, when Yates moved to a new facility, the original building was renamed in memory of its first principal, becoming Ryan Middle School.