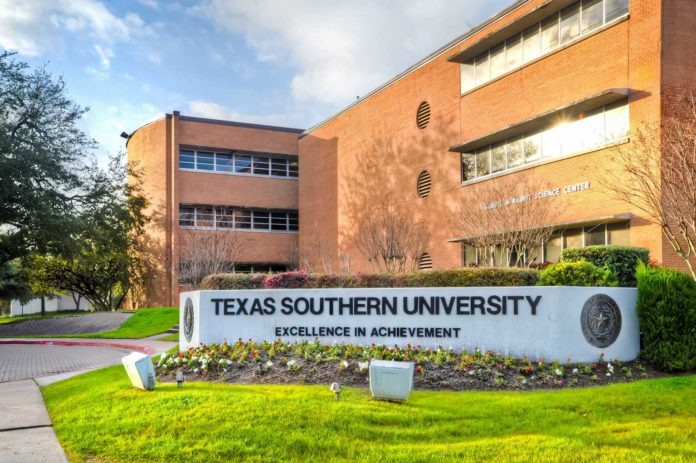 Historic Black leaders, though their influence is undoubtedly widespread, are sometimes ignored in education and history, where narratives highlighting white success tend to dominate. However, on HBCU campuses you can find schools named after various leaders to honor their legacy. The Defender takes a look at some of the pioneers honored by Texas Southern University by having buildings and colleges named after them.

Thornton McNair Fairchild, an educator and businessman, was born in Houston on Dec. 14, 1875.

He served for a time as principal of Black high schools in Navasota and Hempstead and taught in the Houston public schools for several years.

Early in his business career, Fairchild established a funeral home, which by the 1940s was recognized as one of the oldest and best-equipped Black mortuaries in Texas. He also founded the Watchtower Life Insurance Company, which became one of the leading Black insurance companies in Texas, and served as its president and major stockholder.

He died in Houston on Dec. 22, 1941. After his death, his wife, Mary, gave a major donation to then Houston College for Negroes (now TSU), where the oldest building on campus was named in his honor.

After graduating from college at age of 18 and serving as a Virginia Union University professor in his 20s, Freeman was hired in 1949 to teach philosophy at what was then Texas State University for Negroes (now TSU).

Freeman is best known for coaching TSU’s highly-acclaimed debate team, which has won hundreds of awards and traveled the globe. Freeman and the TSU team worked with Academy Award-winning actor Denzel Washington and his cast for the movie, “The Great Debaters.”

Today, Freeman is still director of the Honors College – located at the Robert J. Terry Library – and a minister at Mt. Horem Baptist Church, where he’s been pastoring for over 65 years.

Spurgeon Nathaniel Gray, a pioneering Black pharmacist whose career spanned almost 60 years, was born on May 10, 1877 in in Lawrence, Kan.

Gray practiced pharmacy in Kansas, Washington, D.C., and Louisiana before opening the first Black-owned pharmacy in Southeast Texas called Gray’s Pharmacy in Beaumont in 1903. Over his long career, he also opened pharmacies in Liberty and Port Arthur.

Gray served as an important health provider for Blacks throughout Southeast Texas during the first half of the 20th century. His customers, largely denied access to white hospitals and clinics, often depended on Gray’s Pharmacy to meet their multiple healthcare needs.

He also established the Southeast Texas Medical, Dental, and Pharmaceutical Association; and opened a medical facility, the Bonwell Community Center, to meet the needs of the Black community of Beaumont.

Gray was an early champion of TSU and its School of Pharmacy, supporting the school financially and professionally throughout its early years. Gray retired in 1956 and died on Jan. 14, 1960, at the age of 84.

Houston Congresswoman Barbara Jordan was born on February 21 in 1936. Jordan rose to the national stage after graduating from TSU, becoming a defender of the U.S. Constitution and a leading presence in the Democratic Party politics for two decades.

She was the first Black woman elected to the Texas State Senate and the first Black Texan in Congress. As a member of the House Judiciary Committee, she gave the influential opening speech of Richard Nixon’s 1974 impeachment hearings.

She retired after three terms in Congress to become a professor and policy advocate. She died on Jan. 17, 1996.

Jordan was succeeded in Congress by George Thomas “Mickey” Leland, an anti-poverty activist who was born in Lubbock on Nov. 27, 1944 and grew up in Fifth Ward.  He served in the Texas Legislature before becoming a congressman from 18th District and chair of the Congressional Black Caucus.

Leland graduated from TSU’s School of Pharmacy in 1970 with a Bachelor of Science in Pharmacy. He served as an instructor of Clinical Pharmacy at his alma mater from 1970-71, and set up a door-to-door outreach campaign in low-income neighborhoods to inform people about their medical care options and to perform preliminary screenings. Leland also organized and led the Black Citizens Action Teams –”Black Cats” – to protest against police brutality.

During his time in politics, he advocated for health, children and the elderly. Leland died on Aug. 7, 1989, while on a humanitarian mission to Ethiopia.