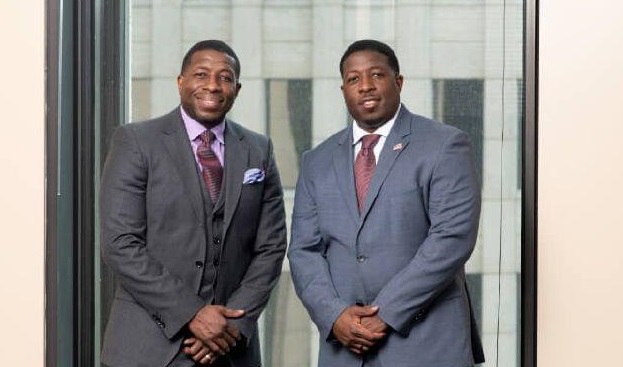 Sterling Carter and Stephen Levi Carter, known as the Carter Brothers, have built a multi-million dollar business and are co-authors of the Amazon best-selling book, “Double Your Success: Principles to Build a Multimillion-Dollar Business.”

Now they’re hoping to teach others the secrets to their success with their “Young Millionaires Series,” a seminar designed to teach existing and aspiring entrepreneurs how to scale their businesses to millionaire status in an effort to build generational wealth. The seminar includes panels featuring top professionals from various industries, networking opportunities and one-on-one mentorship.

“My brother and I hope to not only build the next generation of young millionaires through this series but also to model the necessity of mentorship and giving back, both of which are essential to building wealth in under-served communities,” Sterling said.

The brothers have made a name for themselves by addressing the economic inequality and wealth gap in urban communities across the United States. The Houston residents came from a modest upbringing, and consider their winding journey to success a testament to the importance of hard work, strategic planning and dedication.

Together, they founded Sterling Staffing Solutions in 2011, which started with one person answering the phone in the back office of Sterling’s physical therapy practice. It has grown into an award-winning, multi-million-dollar company that specializes in providing medical staffing services to home health agencies, hospices, hospitals and rehab facilities.

Sterling Carter is a nationally recognized physical therapist with over 20 years of experience in the field. He has also appeared on the popular “My 600-lb. Life.” Stephen Carter, who earned an MBA, has over two decades of experience in managerial and executive-level positions for a variety of industries, including medical insurance and the oil and gas industry. Both are military veterans and travel the country speaking about their business and the lessons they learned.

“Our goal is to share the secrets to our success, the triumphs, as well as the trials, on our way to the top. In doing so, we offer the next generation a head-start into lucrative, sustainable business ventures,” Stephen said.