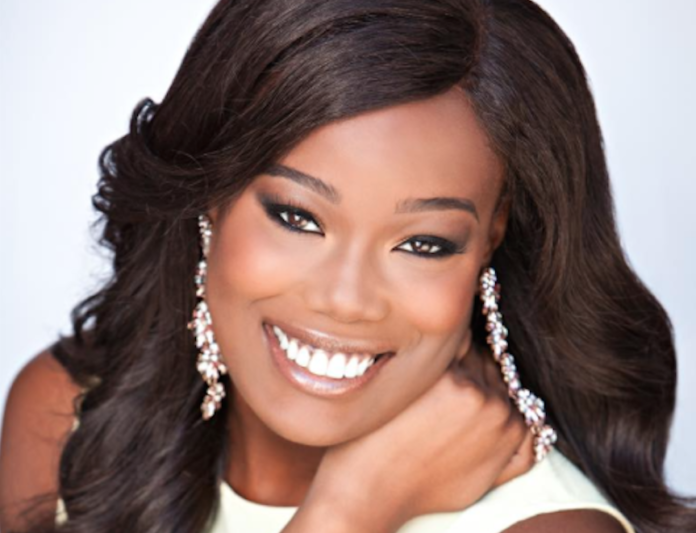 Commerce, Texas, Police Chief Kerry Crews has been placed on administrative duty while an outside organization hired by the city investigates claims that he called Carmen Ponder a “black b*tch” and had her arrested following a road rage incident—one that he allegedly instigated, NBC DFW reports.

Carmen S. Ponder, Miss Black Texas U.S. Ambassador 2016 and an intern with the Hunt County, Texas, District Attorney’s Office, is fighting for police accountability and justice after Commerce, Texas, Police Chief Kerry Crews reportedly called her a “black b*tch” and then forced her to spend a night in jail.

The incident, which took place May 20, began when Ponder found herself traveling behind a dangerous driver. Acting as any responsible driver would, Ponder signaled, maneuvered around the driver and continued traveling to her destination.

The driver—who had abruptly stopped several times, drifted in and out of lanes, and accelerated suddenly with no provocation, according to Ponder’s attorney, Lee Merritt—turned out to be Crews’ 14-year-old daughter.

Carmen politely signaled and went around the sporadic driver. She found a parking space, gathered her belongings and prepared to make a quick run into Walmart but she was stopped. The same car found her in the parking lot and began berating her with profanity demanding to know why she maneuvered past the vehicle. The psychopath accosting her was police Chief Crews, who was (illegally) giving his 14 y/o driving lessons. Ever dignified and composed, Carmen ignored the tirade and continued into the store. Not use to being ignored, Crews continued “Whatever you Black B*tch!”

Carmen went into Walmart, purchased her item and began to return to her car. Crews had called for back up. A plain clothes unidentified officer wielding a badge informed her highness that the man she had pissed off was the chief of police and she had better apologize! She declined and continued graciously toward her vehicle. The cop grabbed her and shouted you’re not going anywhere, you’re being detained. Carmen complied and used her cell phone to call the police. When they arrived (of course) they spoke with the other officers and was told Carmen was evading arrest (no idea for what) and she was handcuffed and taken into custody. Miss Black Texas spent the night in jail. Her only crime … the color of her skin.

Ponder was verbally and physically assaulted, and ultimately arrested, because a racist white man with a superiority complex, fragile masculinity and a badge decided to show her how little black women matter to him and his department.

How dare Ponder not cower before him?

How dare she not apologize and show him deference?

How dare she embarrass him—by doing none of the above—in front of his white daughter, who is already being taught that white men can do whatever they want, that she is above the law and that black women are supposed to do what they’re told?

This is just the latest example of why black women’s relationship with the state, and the many ways in which state violence specifically harms black women, are front and center in the Movement for Black Lives.

In a statement to The Root, Merritt said that justice is a must in this case. His office is demanding Crews’ resignation and filing criminal charges against him and the attending officers for assault, wrongful arrest and official corruption.

“Unfortunately, as an official representative of ‘Black Texas,’ Carmen’s story embodies the black experience with law enforcement,” Merritt said. “It is our responsibility to address this reality with sobriety and commitment. We demand justice in this case and will seek it from every possible angle.”