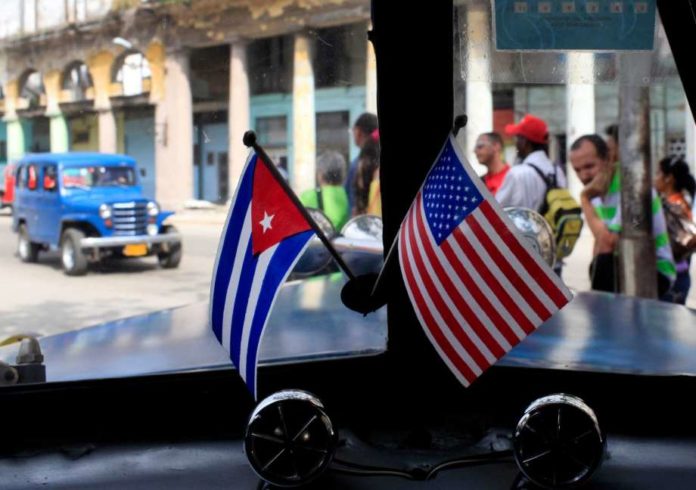 It marked the first direct flight from Houston to Cuba in more than 50 years, and the significance of that was not lost on those involved.

“This is an exciting time for all Americans, not just those of us living here in Houston,” Houston Mayor Sylvester Turn told a gathering in Terminal E that celebrated the historic flight. “This is a dream come true for millions of people in the U.S. who have waited for more than 50 years for this time to come. Since the embargo with Cuba was implemented in 1960, millions of family members have spent decades without a chance to see their loved ones.”

United will operate Saturday nonstop flights from Houston — the only flight to Cuba originating from the southwest region of the United States — in addition to its daily nonstop service from Newark/New York via Newark International Airport.

“United has officially launched our first flights from the U.S. into Havana,” said Steve Morrissey, United’s vice president of regulatory and policy. “Houston has long been our Latin American and Caribbean gateway, so the importance of this route, for both our airline, employees and our customers, can’t be understated. It has the power to open the door to Cuba for travelers in a large portion of the U.S., and that’s something that we’re very excited about.”

Since the DOT announced its preliminary Havana route awards in July, United has been working closely with the Cuban government and local airport service providers to prepare for the start of its operation into José Martí International Airport, the airline’s 14th new international route launched this year.

Recognized by “Trusted Traveler Network” as one of the most international-friendly points of entry for foreign travelers, Bush Intercontinental Airport is United’s gateway to Latin America. United offers 91 daily nonstop flights to 52 destinations across Latin America and the Caribbean from its Houston hub. Bush Intercontinental will be an important gateway for service to Havana and will directly connect 20 markets across the central and western United States to Cuba with just one stop. The Cuban-American population in the Houston metropolitan area ranks among the top 10 cities in the country.