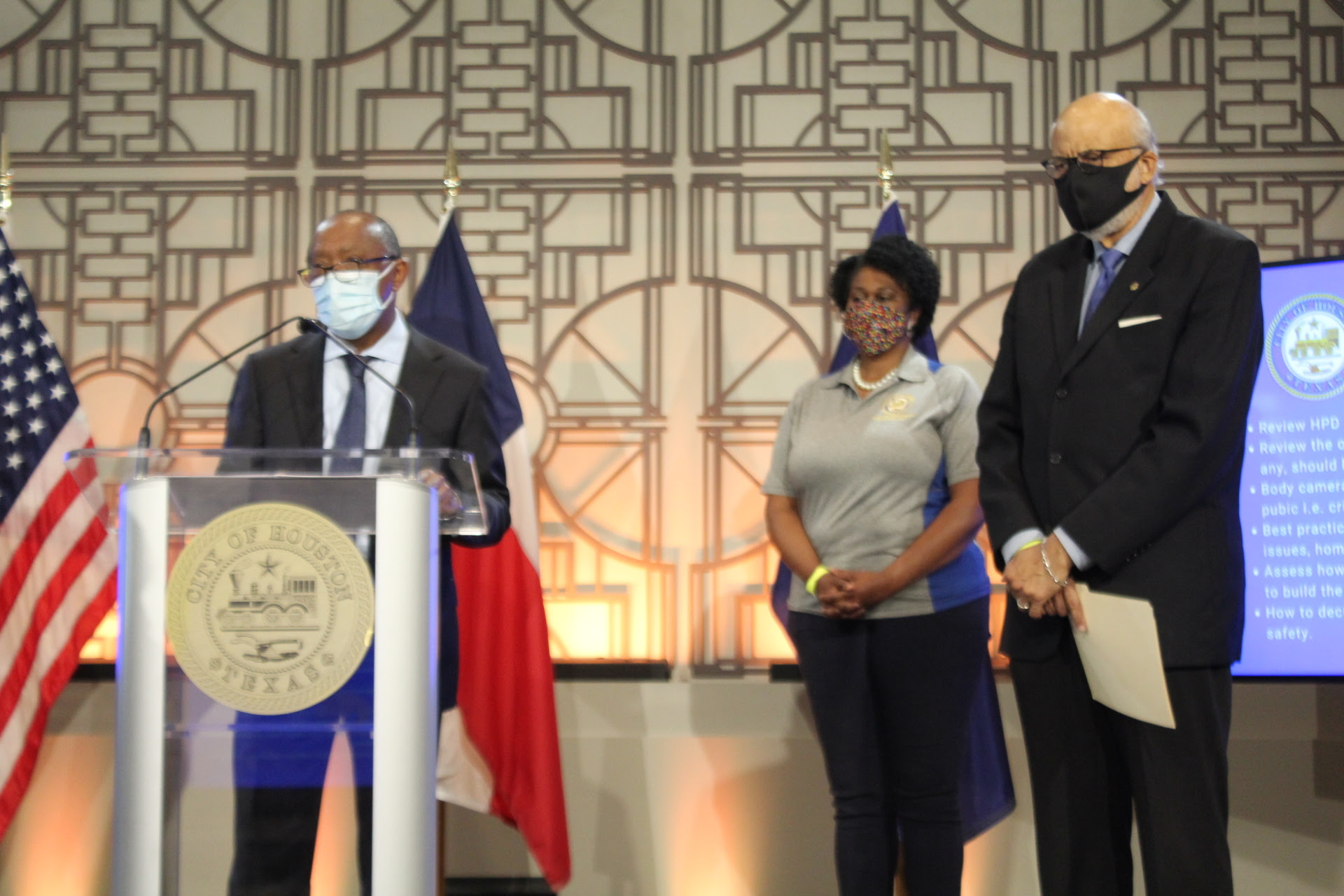 The task force also includes Trae tha Truth, Houston rapper and former friend of George Floyd, who was killed by Minneapolis police on May 25. The rapper, whose real name is Frazier Thompson III, helped organize a march for Floyd that drew an estimated tens of thousands of people to downtown Houston earlier this month.

In his announcement, Turner said his “Task Force on Policing Reform” consisted of “members who represent a cross-section of our very diverse community,” and he addressed any potential critics of the plan.

“People in our city want good policing and they want accountability and transparency within the Houston Police Department,” Turner said at a Wednesday press conference. “Some have argued that we do not need another study or commission or task force, but let me just say, we must have a thoughtful process driven by the community to enact meaningful and lasting change, which would be in everyone’s best interest.”

The task force will make recommendations in training, use of force, police oversight, and interactions with the community. The official charge of the Mayor’s Task Force on Policing Reform is to:

“It’s a tall order. It’s certainly important that people get an opportunity to express their thoughts, provide their opinions, and I know that we will get many. I think, in the end, this will help our city move forward in a very productive fashion,” said Mayor Turner. “Over the past several weeks, we have all listened to a call for police reform and the demand for change. People in our community want good policing, accountability, and transparency within the Houston Police Department.”

Payne, who is also a former congressional staffer and worked under Mayor Kathy Whitmire, said the group would be addressing “the past, the present and the future” of policing.

“How we respond is the issue,” he said. “History will judge us on that. The present will be the beneficiaries, and future generations will thank us.”