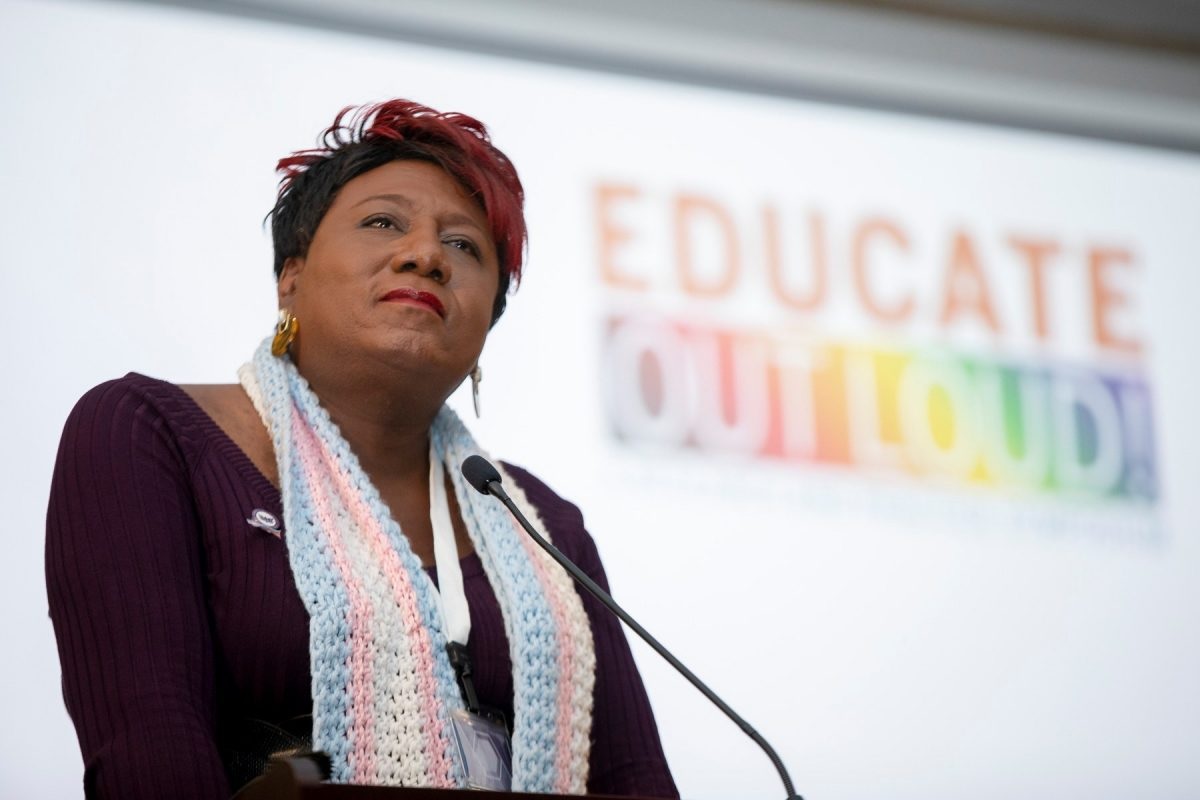 Monica Roberts, a national figure who created awareness in the media of issues impacting the trans community including the high risk of violence faced by trans women of color, died earlier this week.

Members of the LGBTQ community in Houston and around the country were in mourning over Roberts’ death, revealed on Facebook Thursday by her close friend, transgender advocate Dee Dee Waters.

Houston police said in a statement. “Further investigation and an autopsy conducted by the Harris County Institute of Forensic Sciences determined Roberts suffered a medical emergency and was not the victim of a hit and run crash.”

Her mother, Mable Roberts, said the Harris County medical examiner’s office told the family Roberts had blood clots in her lungs. The family believes Roberts may have become weak and collapsed in the parking lot. She had been feeling short-winded before the day she died, so the family encouraged her to go see a doctor and get tested for COVID-19, Roberts said. It was unclear whether she was tested.

Houston elected officials and organizations from across the country remembered the transgender activist best known for her groundbreaking journalistic reporting on the blog TransGriot , dedicated to telling stories from the trans community — particularly among people of color in the community.

Roberts founded TransGriot in 2006. Accepting an award from GLAAD in 2016, Roberts said her blog documented the history of her community from an “unapologetically Black perspective” and created national visibility about trans rights by modeling what accurate media coverage of the trans community looked like.

“LGBTQ rights are international human rights,” Roberts said. “We trans people exist. We are part of the diverse mosaic of human life and we will not be dehumanized or disrespected by friend, foe, frenemy or my governor.”

Roberts served many roles, including journalist, storyteller and activist.

“She was a self-described griot, which is an African term given to elders who dedicate their lives to learning and preserving the history of a tribe. And she’s done exactly that,” the Houston GLBT Political Caucus said in a statement. “For the last fourteen years, she has chronicled the stories of Black Trans people across the country in her blog, TransGriot, and for many years was the only one doing so.”

Saddened to hear the news that Ms. Monica Roberts (@TransGriot) passed this week. She was such a powerful force for Black trans journalism and I was honored to feature her expertise in last year’s #TransObituariesProject. Her work and brilliance live on through us. #RestInPower pic.twitter.com/FfiYhhj1Co

We are devastated to learn of the passing of @TransGriot. Monica Roberts was a long-time movement leader, elder, & journalist who did groundbreaking work for our communities for decades. She means so much to all of us. This is heartbreaking and beyond words. https://t.co/qtXQrMslbR

We are devastated to learn of the passing of Monica Roberts, @TransGriot. Monica not only chronicled trans history and politics, she shaped them. Our movement and communities lost a true giant today. Rest in power, may we all carry on your legacy.https://t.co/eW2P3Qu4Rm

Houston Mayor Sylvester Turner said Roberts had been making her mark as an advocate for years.

“From my time in the Texas Legislature until now as mayor, Monica walked every hall of government with professionalism, grace, and toughness to ensure transgender individuals and everyone in the LGBTQIA+ community would not be forgotten or overlooked,” Turner said.

Congresswoman Sylvia Garcia, a former state senator, recalled Roberts as a fighter and a giant in the community.

“It was the honor of my life to fight alongside her, when in 2017 we pushed back against the transphobic bathroom bill in the Texas Senate,” Garcia said. “She gave me strength during difficult moments in that fight, and she inspired me to be a better ally each and every day.”

Her close friend Dee Dee Watters posted Friday on Facebook that memorial plans were underway, though details have not yet been announced.