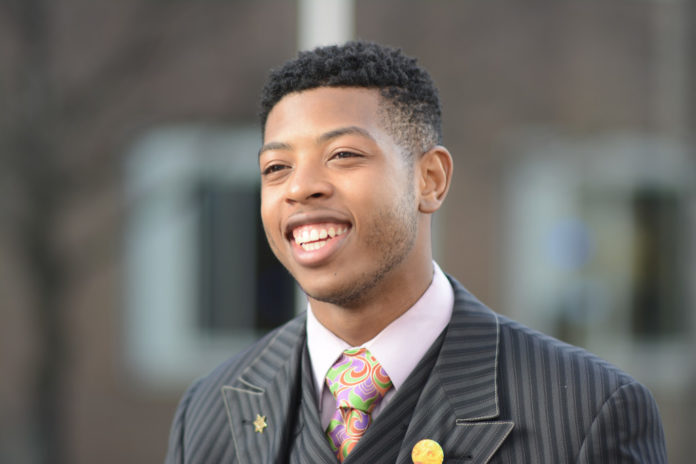 Jewell Jones, a student at the University of Michigan-Dearborn, has made political history for a second time.

Last year, at just 20 years old, Jones became the youngest person to ever sit on the city council of Inkster, Michigan. Now, at 21, he has been elected as the youngest state representative ever in Michigan.

According to the Michigan Journal, Jones defeated his opponent Robert Pope with 66 percent of the vote.

In addition to his political work, Jones is a full-time student at UM-Dearborn, double majoring in political science and finance.

“You and I made history, once again,” Jones wrote to his supporters on Nov. 9 in an Instagram post. “I’m looking forward to serving you all in a greater capacity.”

WE WON THE ELECTION – YOU AND I MADE HISTORY, YET AGAIN. I'm looking forward to serving you all in a greater capacity. Please continue to pray for me, the team, and my colleagues as we move forward, together. Keep the faith my brothers and sisters. 🙌✊ #layingthefoundation #holla

Tuesday’s presidential election result might have been a disappointment for many, but the election of Jones and countless other people of color to public office this November is a much-needed silver lining.