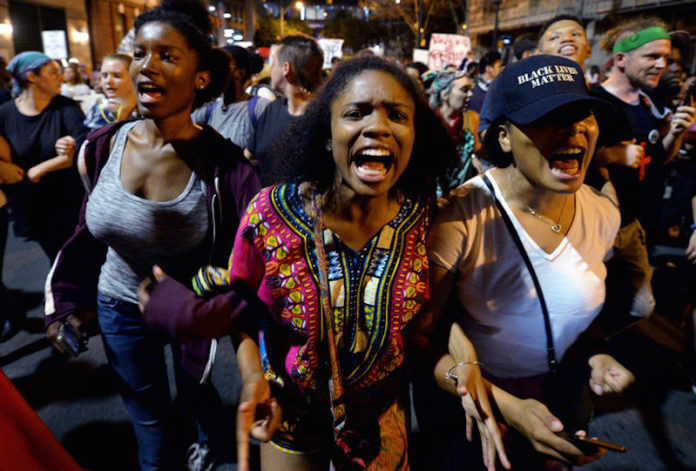 More than 50 social justice organizations have united to form a new coalition to combat injustice and fight for equality on behalf of all marginalized groups.

As part of their first full-fledged effort, The Majority launched Beyond The Moment on Tuesday, an effort that aims to educate people across the country about important political issues and engage them in various organized efforts to speak out against issues that could harm marginalized communities most. The campaign, which kicks off on April 4, the anniversary of Dr. Martin Luther King’s assassination, and ends on May 1, the national day of action, includes a series of events, protests, rallies and teach-ins designed to attract people of all backgrounds and ethnicities to stand up against both local and national issues.

Some of the events occurring in different cities throughout the month include the Resist. Reimagine. Rebuild. Citywide Teach-in in Chicago, IL, the #NoCopsInSchool rally in Madison, WI and the Still Fighting for the Dream event in Detroit, MI.

“In the context of Trump’s presidency, it is imperative that we put forth a true, collective vision of economic justice and worker justice, for all people,” The Majority said in a statement sent to The Huffington Post.

The Majority was largely put together by The Movement for Black Lives, which is a network that includes several organizations focused on a “hopeful and inclusive vision of Black joy, safety and prosperity,” according to the coalition’s website.

“In this moment, Black and Brown people, immigrant communities, the economically unstable, women, children, the disabled, the LGBTQ community, those working to protect our right to work and those fighting for our right to clean air and water, are all facing attacks because a minority whose values are rooted in white supremacy, division and hatred have taken power,” a statement on the website reads.

“Although in power, hate is not the majority,” it notes. “People who believe in freedom, justice and the humanity of all people are the majority, and we’ve had enough.”