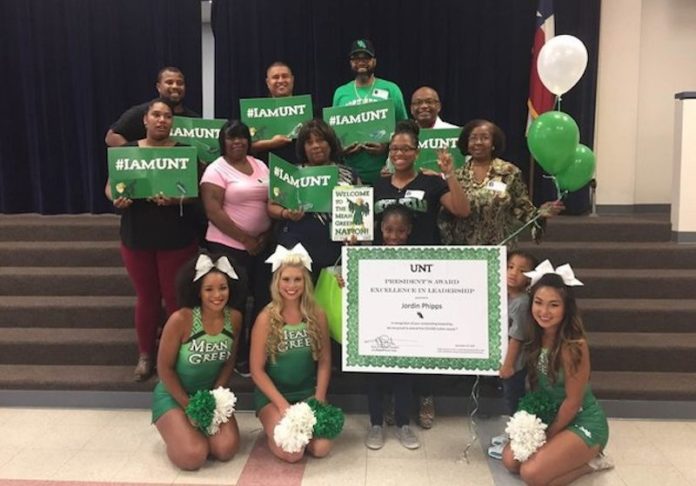 One girl’s school spirit landed her an A+ reward.

Last week, the University of North Texas presented a scholarship to 8-year-old Jordin Phipps after an adorable video featuring the girl went viral. In the footage, the girl wears a UNT shirt and recites a motivational mantra she learned at her elementary school.

“I will start my day in a positive way! I will be respectful with the words that I say,” Phipps, a third-grader at Watson Technology Center in Garland, Texas, proudly exclaims. “I will pay attention and I will do my best and I will study hard for every test!”

See the rest of her mantra below:

The clip, which Phipps’ mother, Nichole Smith, shared with the university on Facebook earlier in September, attracted the attention of UNT President Neal Smatresk, reported local news outlet the Denton Record-Chronicle. UNT ended up giving Phipps the President’s Award for Excellence in Leadership, which came with a $10,000 scholarship, and guaranteed her admission to the college’s class of 2030.

The admission makes Phipps the youngest person to ever be accepted to the university, ABC News noted.

“To have a student like Jordin who is already dedicated to her education — she talks about being a good citizen and having the spirit of a North Texas Eagle — she’s a student you want to meet,” Rebecca Lothringer, executive director of UNT’s undergraduate admissions, told the Denton Record-Chronicle.

Representatives from the university surprised Phipps, whose mother is a UNT alumna, during an assembly at her elementary school on Sept. 29. During the event, cheerleaders from the college performed and took pictures with Phipps. She also received a giant check.

“Jordin was completely stunned and seemed to be in shock,” Tanya O’Neil, communication specialist at UNT, told The Huffington Post of the girl’s reaction to the big reveal. “You could tell she was just a happy kid and loved it all, but was absolutely overwhelmed. It was a blast!”

Smith said she’s ecstatic over her daughter’s acceptance to her alma mater. Phipps, who looks up to her mother, is excited about the news, too.

“She said, ‘My mommy went there and I’m going to go,’” Smith told ABC News of her daughter’s wish to attend UNT. 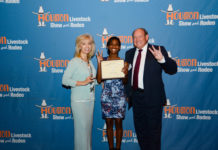 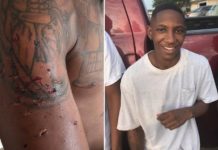 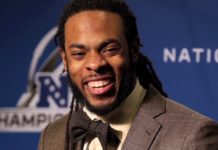